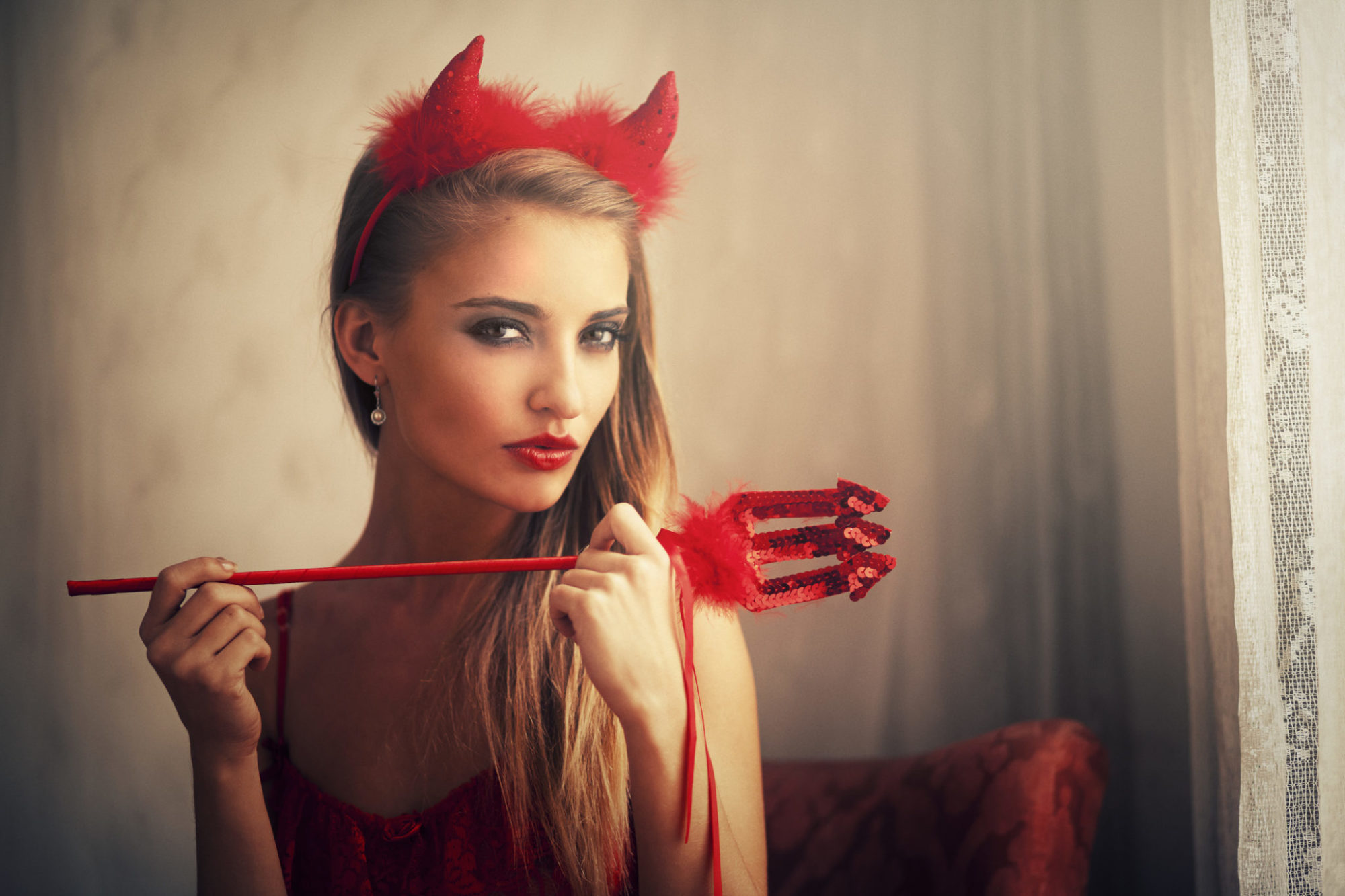 OR WAS “BLOODLETTING” CEREMONY A HOAX?

There’s a Satanic cult at Clemson University sacrificing live animals, burning Bibles and summoning pagan Gods on the weekends … or so its promotional material would have you believe.

According to reporter Ian Miles Cheong of HeatStreet, this Clemson cult – dubbed the Clemson Unorthodox Neo-Satanic Temple (CUNT) – was scheduled to hold a “bloodletting” sacrifice on the campus of the government-run South Carolina school last weekend.  Prizes were to be awarded to the student who brought the most Bibles to burn, while the group also planned to summon Baphomet – a medieval goat-headed pagan idol.

The group also claimed to have obtained a lamb from the Clemson Collegiate Farm Bureau – which it was supposed to have ritualistically slaughtered at 7:06 p.m. on Saturday (March 11). 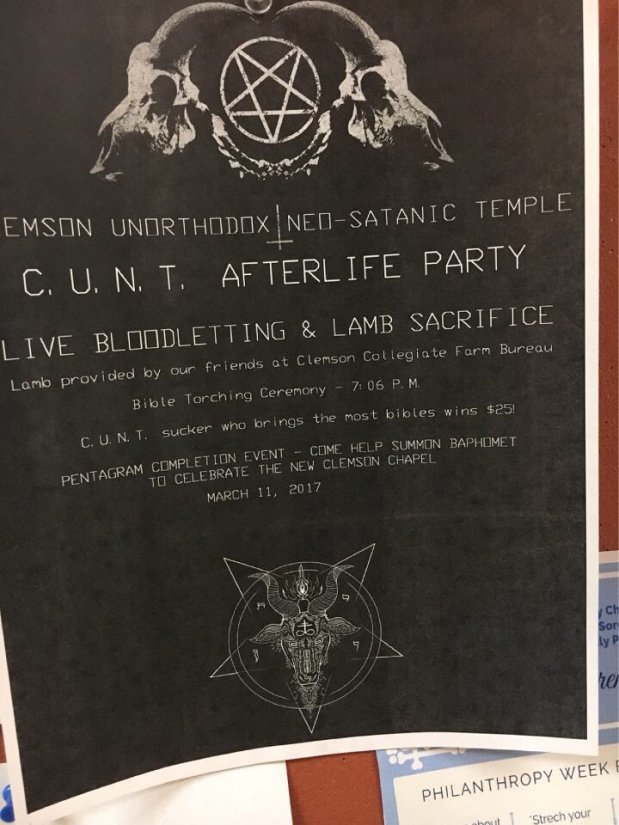 Did such a ceremony actually take place, though?

It’s not clear … but it seems as though these claims need to be viewed with a healthy dose of skepticism.

According to Cheong’s report, a school spokesperson denied that a lamb would have been provided to the group to be used in such a ceremony – which was scheduled to coincide with the construction of a new $6 million chapel on the campus.

It’s more likely, Cheong suggests, that these so-called Satanists were really “trolling” Samuel J. Cadden – a Christian student who died in a 2015 automobile accident.  Cadden’s name – and the names of hundreds of other Clemson students who died prior to graduating from the school – will be engraved on the walls of the chapel.

According to reporter Mitchell Gunter of Campus Reform – who broke the story of this rumored Satanic gathering – the chapel “will be open to students of all or no religious beliefs for meditation and reflection, and will also function as a wedding or funeral venue on campus, seating up to 150 people.”