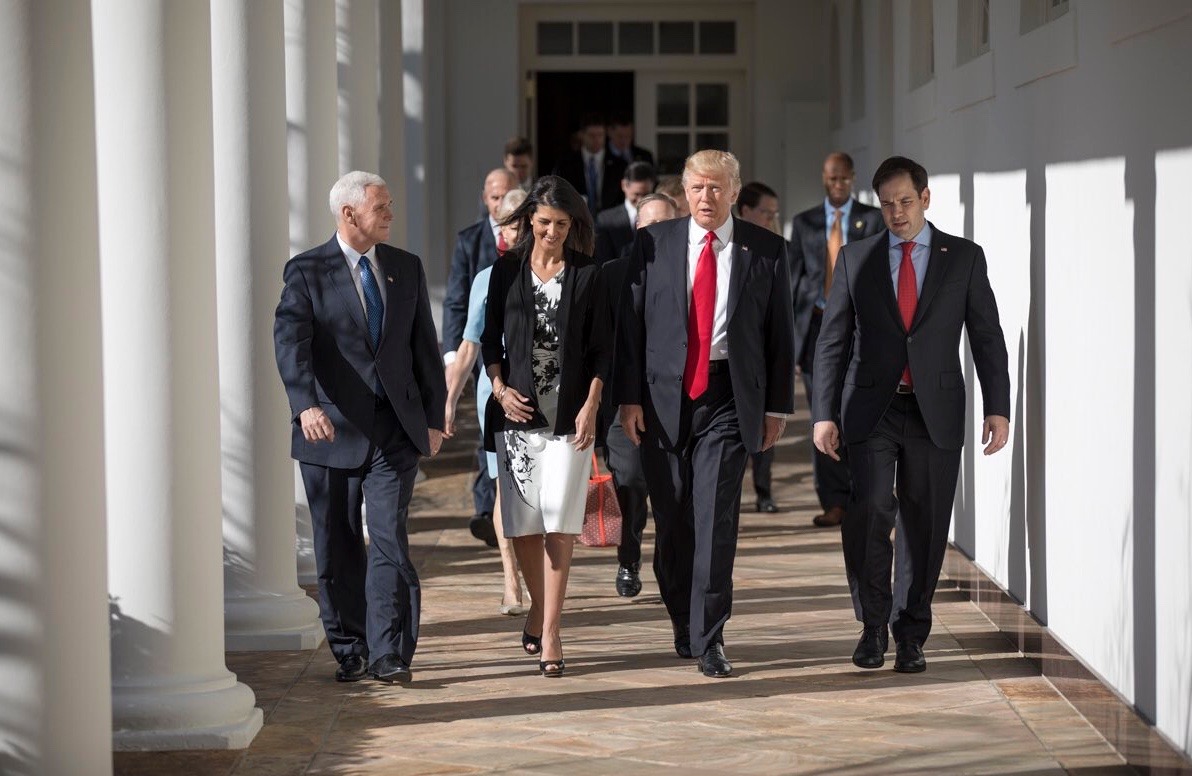 Former S.C. governor Nikki Haley was sworn in on Wednesday as the 29th United States ambassador to the United Nations – a day after the U.S. Senate confirmed her nomination by an overwhelming 96-4 vote.

Haley, 45, met at the White House with U.S. president Donald Trump shortly after she was sworn in by vice president Mike Pence.

“Our new ambassador is living proof of the promise of America,” Pence said of Haley as she was sworn in.

Haley is the nation’s first Indian-American cabinet member, although her appointment may not be quite the springboard to national stardom she was hoping for.

On the same day Haley was sworn in, The New York Times published an exclusive report in which it was revealed that the Trump administration was “preparing executive orders that would clear the way to drastically reduce the United States’ role in the United Nations and other international organizations.”

According to the liberal paper, the draft orders contain “cuts could severely curtail the work of United Nations agencies, which rely on billions of dollars in annual United States contributions.”

We support those cuts …

In fact we have called for the elimination of taxpayer funding for the United Nations and the removal of the United States as a member of this globalist cabal.

As far as Haley is concerned, we wish her well.  We have little respect for her, obviously (and we think she accomplished nothing as governor of South Carolina), but we don’t wish her ill in her new role with Trump.

To the extent that role still exists …

The “Lite Gov” Switch Is Complete