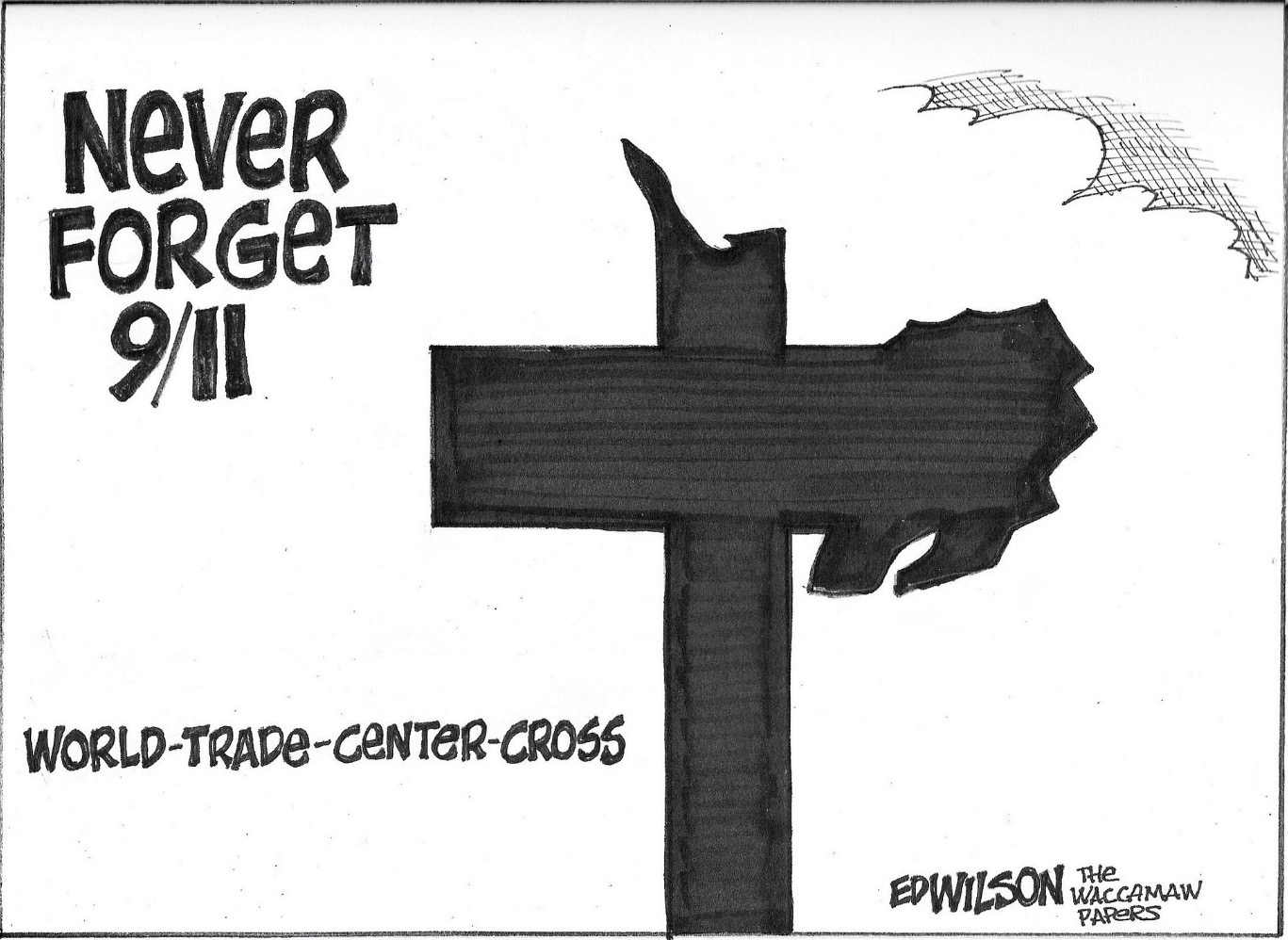 Political cartoonist Ed Wilson was kind enough to let us run his work today as our nation pauses to remember the fifteenth anniversary of the September 11, 2001 terrorist attacks against America.

Political cartooning is something of a lost art these days … especially in the new media.

In fact aside from the excellent work of A.F. Branco – which often appears on NetRightDaily.com – we rarely come in contact with the medium.

That’s too bad … because cartoonists like Wilson, Branco, Robert Ariail and countless others provide important (often incisive) contributions to the marketplace of ideas.

Wilson – the 2014 winner of the S.C. Press Association Award for editorial cartooning – is affiliated with Conway, S.C.-based Waccamaw Publishers.  Later this month, he will be exhibiting six cartoons at the annual convention of the Association of American Editorial Cartoonists (AAEC) in Durham, North Carolina.