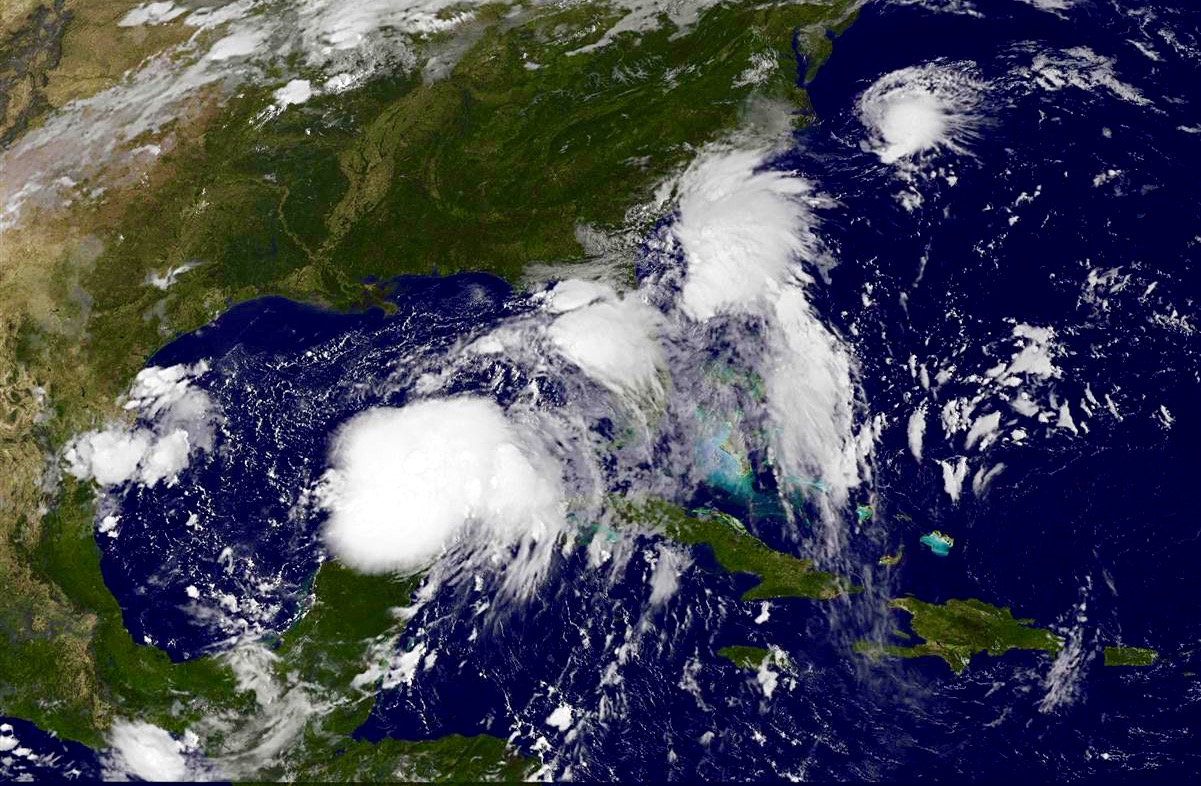 Tropical Storm Hermine is drawing a bead on the southeastern United States – including South Carolina and North Carolina.

The storm – which formed in the Gulf of Mexico earlier this week – is located approximately 275 miles west-southwest of Tampa, Florida, according to the latest update from the National Hurricane Center in Miami, Florida.

Hermine is packing maximum sustained winds of 65 miles per hour – and is likely to become a category one hurricane prior to making landfall somewhere along the Florida Panhandle early Friday morning.

Hurricane warnings have already been issued along Florida’s “Big Bend” in anticipation of the system moving ashore around 1:00 a.m. EDT on Friday.

Florida hasn’t experienced a direct landfall from a Hurricane since Wilma in 2005.

After making landfall, Hermine is expected to douse southern Georgia before moving up the coastlines of South Carolina and North Carolina as a tropical storm.

And here is the storm’s forecast track …

Obviously South Carolina’s Lowcountry, its Grand Strand and North Carolina’s Outer Banks are directly in the path of this system.  In fact tropical storm warnings have already been issued for much of the Palmetto Lowcounty – including Beaufort, Hilton Head Island and Charleston.

These warnings mean residents should expect to experience tropical storm force winds within the next thirty-six hours.

Stay tuned … we’ll be keeping a close eye on this system as it makes its way toward the Palmetto State.

Coastal Gaming In SC Could Be Huge