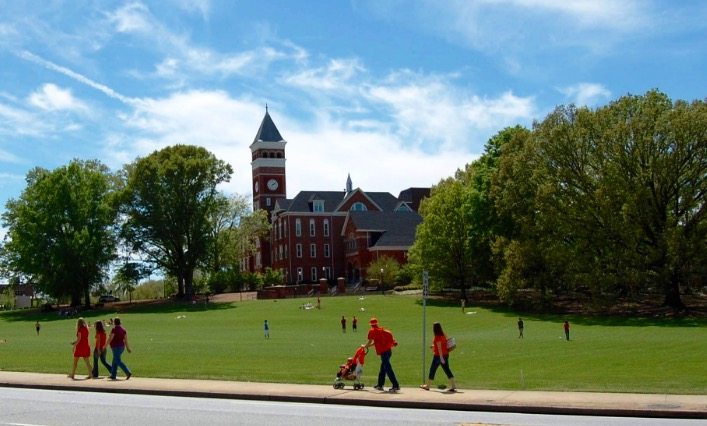 STUDENTS RALLY FOR THE RIGHT TO PRAY ON CAMPUS …

A group of Clemson University students is planning to challenge the school’s controversial rule that public prayer is a “solicitation” – and that students are only permitted to pray in certain “designated free speech areas.”

The group – “WeRoar” – is hosting a public prayer rally on Friday, September 2 on the same spot where Clemson officials booted a citizen for praying last week.

WeRoar can hardly be branded a group of Bible Thumpers. After all, this is the group that has invited openly gay social media provocateur Milo Yiannopoulos to speak at Clemson this fall.

According to event organizers, “we will make a peaceful but principled stance against these violations of religious liberty and freedom of speech.”

We’re no Bible Thumpers either, but Clemson’s anti-prayer policy is a prima facie violation of the First Amendment.  There is no situation in which a government entity – especially one operating in violation of the state’s constitution – has the right to suppress such free expression.

WeRoar’s rally will be held between 2:00 – 4:00 p.m. EDT on Friday in Trustee Park – which is located near Fort Hill on Clemson’s campus.  Groups wishing to participate should email the organization at [email protected].

The Jellyfish Invasion Isn’t Letting Up