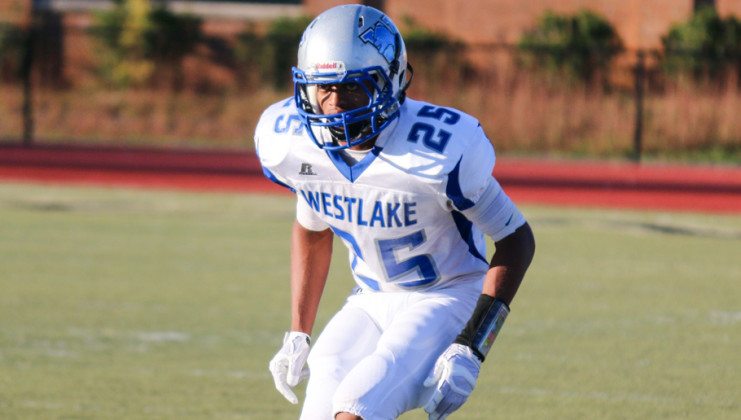 A 6-foot-2, 180-pound defensive back out of Atlanta, Georgia, Terrell recently narrowed his top three schools to Clemson, Florida and South Carolina.

This week, Terrell picked the Tigers …

I am happy to say that I have OFFICIALLY COMMITTED TO CLEMSON UNIVERSITY ??? #ALLIN #WE2DEEP17 pic.twitter.com/JwtLAMvDsK

A four-star talent, Terrell is the top-rated cornerback in the class of 2017. In fact his commitment singlehandedly boosted head coach Dabo Swinney‘s 2017 class from No. 11 to No. 8 nationally, according to 247Sports.

(The University of South Carolina’s 2017 class currently ranks No. 16 nationally, according to the website).