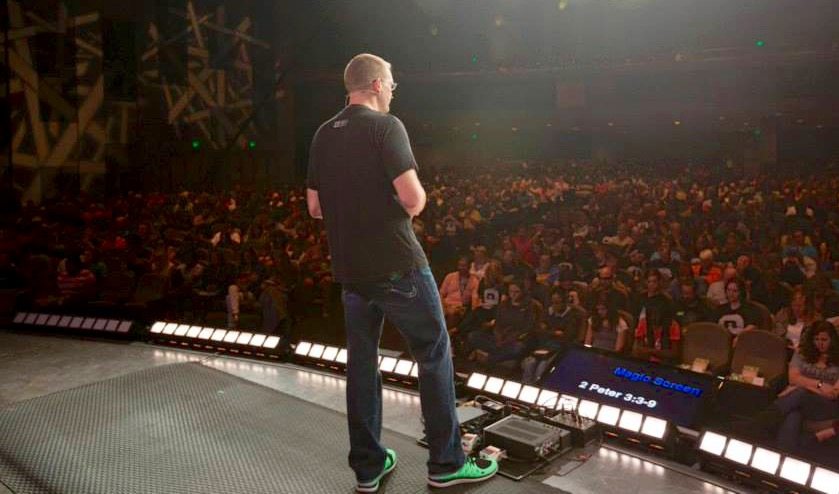 WHAT’S UP WITH PERRY NOBLE?

The pastor of a South Carolina-based mega-church is at the center of a brewing storm – one that may have already cost him his job.

According to Leonardo Blair of Christian Post, Perry Noble – the founding pastor of Newspring Church – has been fired from his post.

Blair’s report quotes unnamed sources at the Anderson, S.C.-based mega-church as saying that Noble was dealing with a “terrible marriage, alcoholism and maybe more.”

Noble and his wife, Lucretia Noble – a medical doctor, live in Anderson with their daughter.

“I’m not ashamed of the fact I am taking an anti-depressant and have done a complete 180 in regards to how I used to feel about them,” Noble said at the time.

“Perry is a gifted communicator and teacher, convicted about speaking the truth as plainly as possible,” his online biography states.  “God has given him a vision and a passion for helping people meet Jesus, and each week he shares God’s word and its practical application in our daily lives.”

According to Newspring’s promotional material, it was the third-fastest growing congregation in America in 2015.