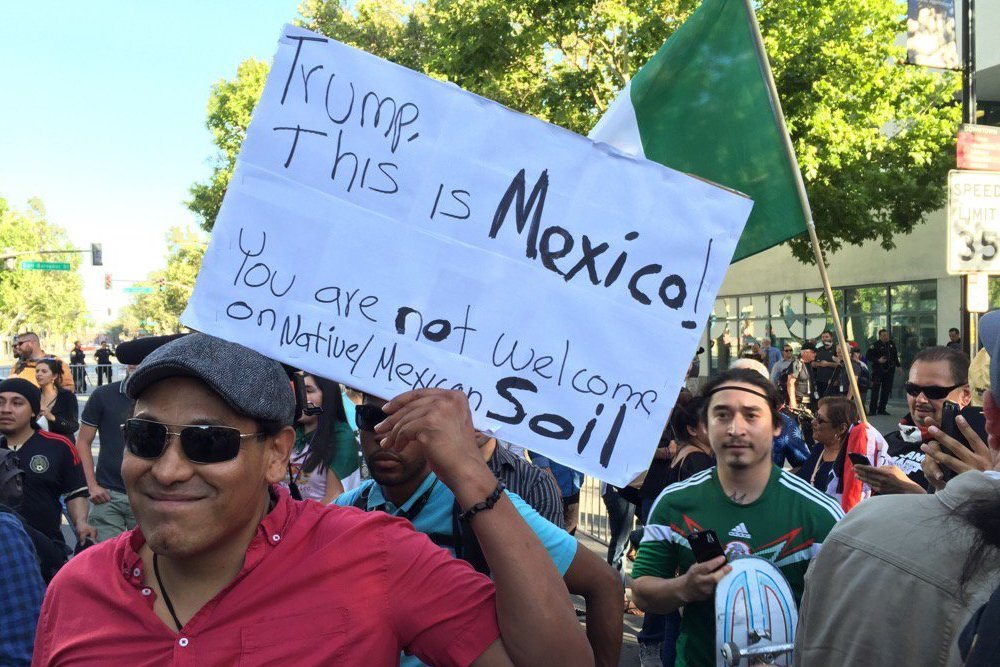 “RECONQUISTA” MOVEMENT RISES UP IN CALIFORNIA

|| By RICK MANNING || “At some point Donald Trump needs to take responsibility for the irresponsible behavior of his campaign.”

With those words, violence against supporters of Donald Trump and the candidate himself has been justified and in fact encouraged by the Mayor of California’s third largest city, which is the titular capitol of the Silicon Valley.

Trump supporters coming out of a rally, in the city made famous in the 1960s by Dionne Warwick, were attacked, punched, egged and abused while the San Jose police department largely stood and watched, perhaps having gotten word in advance to not intervene on behalf of the law-abiding supporters of the presumptive GOP nominee.

Some of the largely Hispanic mob of protesters waved signs saying things like, “Trump, this is Mexico. You are not welcome on native/Mexican soil,” demonstrating the extent and reach of the la raza (the race) movement in states such as California.

The Mexican reconquista movement is a rejection of American sovereignty over lands that, according to mythology, were formerly held by the Aztecs throughout the southwestern United States. And it is telling that many of the anti-Trump protesters reject his notion to “make America great again” instead waving Mexican flags while burning the Stars and Stripes.

What makes the San Jose situation shocking is the acceptance and almost encouragement of violence against their political opponents, with few arrests made. This almost complete reversal of the civil rights imagery with stooges like Liccardo playing the role of Bull Connor, should stun America.

However, given the Obama Justice Department’s political decision to not prosecute theNew Black Panther Party members who were swinging a sword around in front of a Philadelphia polling place in 2008, along with DOJs Civil Rights Division’s propensity for throwing gasoline on fires of unrest, this descent into violence is beyond troubling. With promises from far left financier George Soros funded groups to disrupt the Trump campaign with localized violence only in their nascent stages, the ugly face of the angry, intolerant left will soon be revealed to anyone willing to look.

Rick Manning is president of Americans for Limited Government.  Follow him on Twitter@RManning957.  This excerpt (reprinted with permission) originally appeared on Breitbart.