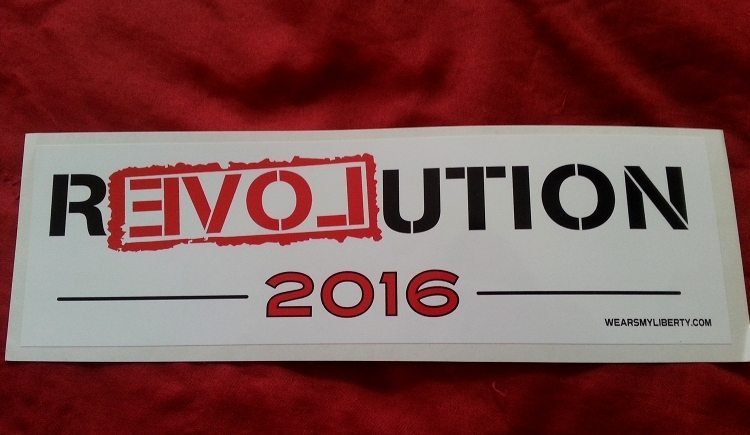 LIBERTY MOVEMENT IS ALIVE AND WELL …

|| By RON PAUL  || In a recent interview I was asked why Bernie Sanders, a self-described “democratic socialist” had seemingly attracted so much support among young people.  In fact polls suggest Sanders is the most popular candidate among people aged 18-29, and 51 percent of that same age group appears fed up with “capitalism in its current form,” according to a recent Harvard study.

Socialism, of course, is the opposite philosophy.  The socialist philosophy has at its core the desire to run people’s lives.  It is by design an authoritarian system.  Who would willingly give up so much of their own property to the state to redistribute to others?  That is where the use of government force comes into play. Socialism tells how much of your money you can keep, how you can spend it, if you can spend it, which of your personal habits must be modified in order to qualify for your “free” healthcare, what course of study you must pursue to qualify for your “free” education, and so on.

But we also know the false promises can be very seductive.  Socialism preys on that human fault that would like to have something for nothing.  You deserve an education, the socialist tells young people, so I will give you one for free.  He never tells the student that he will pay for that education many times over in the hidden tax called inflation.  Or the student may “pay” for that education with unemployment after college as his potential employer was forced to shut down over the high taxes required to pay for all the things the socialist promises.

So am I surprised that it seems so many young people have fallen for the seductive lies of socialism?  Well I don’t really believe they have.  They are frustrated by a system they are told is capitalism.  They are angry over the same things I have been talking about for years.

Our current system is far from the free-markets that we in the Austrian school of economics espouse. We have a system of cronyism, corporatism, inflationism, regulated and managed trade to the benefit of special interests, and the criminality of central banking.  Unfortunately because of our faulty and biased education system and the relentless propaganda of the mainstream media, many young people are taught that the mess they see all around them is all caused by “capitalism.”

Politics is about getting people excited about a candidate.  Ours is a much longer effort.  The young generation that first attended my rallies in 2007 is by now in its mid-20s.  They are raising a new generation that in many cases will be home-schooled and outside the propaganda machine that is modern public education.  They understand that the real freedom revolution will not be won at the ballot box, but in the battleground of ideas.  They continue to learn the freedom philosophy and they support the various educational organizations that provide the intellectual ammunition for our fight.  I am more optimistic than ever that our message is taking hold and growing deep roots. Ideas really can change the world.

Contrary to what many would like us to believe, the Freedom Revolution is alive and well!