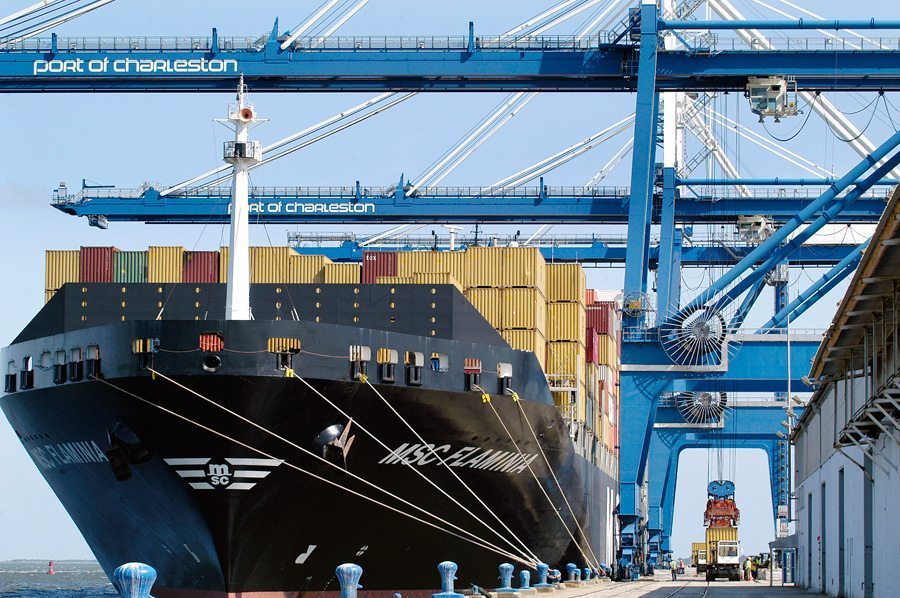 A battle is brewing at the S.C. State Ports Authority (SCSPA) over politically-connected contracts first exposed by this website months ago.  We’re referring, of course, to the hundreds of thousands of dollars this government-run agency doles out to the neo-Confederate political consulting firm of Richard Quinn and Associates.

We first exposed these payments last November.  Since then, we’ve learned that another liberal “Republican” consultant – Bob McAlister – has also been receiving fat monthly payments from the ports as well.

Quinn’s firm – which is neck-deep in an ongoing corruption probe – reportedly receives a $9,000 monthly retainer from the SCSPA.  It’s not clear how much McAlister makes on a monthly basis.  In addition to these payments, both “Republican” advisors have also reportedly profited handsomely from the production and placement of utterly pointless television ads run by the SCSPA.

These cozy contracts have reportedly drawn the ire of former S.C. lieutenant gubernatorial candidate Pat McKinney – who is slated to become chairman of the SCSPA this year.  McKinney is an appointee of S.C. governor Nikki Haley.  In fact he was being groomed as Haley’s successor during the 2014 election cycle.

McKinney has a big-time axe to grind against the Quinns because they decided to run former attorney general Henry McMaster against him in the 2014 GOP lieutenant gubernatorial primary (ultimately knocking him out of a race he was expected to win).

Unfortunately for McKinney, his efforts to pay back the Quinns by zeroing out these contracts have landed him in some hot water.

According to reporter David Wren of The (Charleston, S.C.) Post and Courier, powerful S.C. Senate president Hugh Leatherman is now blocking McKinney’s nomination to lead the agency – successfully preventing the chamber’s transportation committee from taking it up last week.

Leatherman didn’t say why he held up the nomination … but he has become extremely close with Quinn of late.

Our view on all this?  The whole thing is a ridiculous middle school political spitball fight … yet another example of the rampant cronyism that dominates government dealings.  More to the point, this the latest proof that government has absolutely no business whatsoever running a port – something we’ve been arguing for the better part of the last decade.

Hell … Haley demonstrated conclusively with her self-serving sellout back in 2011 that government has no business running a port.

Just look at the outcomes …

Anyway … is McKinney doing the right thing by exposing these shady contracts?  Sure.  But our guess is if he gets confirmed and is able to shut them down, he will promptly turn around and award similarly shady contracts in similar denominations to Haley cronies.

Again … we have no problem with taxpayers retaining ownership of vital infrastructure assets like the port of Charleston and the proposed Jasper county facility (which is about two decades late to the party).  But continuing to leave port management functions in government’s hands is clearly a recipe for disaster.