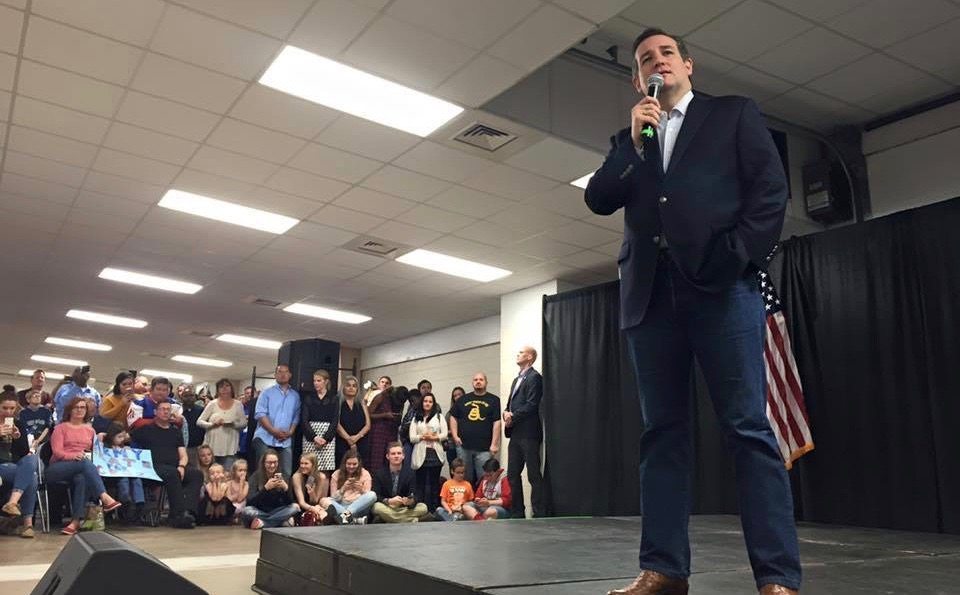 This is how you pander, John Kasich … you can take notes, if you want.

U.S. Senator Ted Cruz of Texas fired off some serious sanctimony on the subject of passover this week … days after his “Republican” rival, the governor of Ohio, failed miserably in his attempt to suck up to Jewish voters.

“Today, our Jewish brothers and sisters around the world gather around the Seder table with family and friends to celebrate Passover,” Cruz noted in a statement released by his campaign on Friday.  “We remember the miracle of God’s deliverance of His people from bondage to freedom; from the wilderness to the Promised Land, and from darkness to ‘great light.’ We remember also the timeless reflection of Talmudic sage Ben Zomah, who explained that the miracle of Passover should be recounted specifically at night, because it is during our darkest moments when the hope for redemption must sustain and keep us.”

Hold up … is this guy running for president of the United States?

Or president of Israel?

Maybe he should give it some thought … after all, last time we checked Israel’s leaders told ours what to do (with the billions of dollars we give them).

“Today, millions of people continue to face oppression,” Cruz continued.  “ISIS is on the march and radical Islamic terrorists seek to destroy the Jewish culture and western way of life.  Earlier this week, we witnessed terror strike again on the streets of Jerusalem.  But we rest in the confidence that the God of Abraham, Isaac, Jacob and Moses continues to watch over those who seek Him.”

Just the sort of talk we’d expect from the “anointed” candidate, correct?

“As we celebrate the gift of Passover, we give thanks for the Lord’s promise in Exodus: ‘Do not be afraid. Stand still, and see the salvation of the Lord,'” Cruz continued.

See the salvation of the Lord … illuminated by glow-in-the-dark sand.

Look, we’ve always been fans of Cruz’s fiscal conservatism – and we respect his willingness to stand against liberal “Republicans” in Washington, D.C.  We’ve expressed that on many occasions in the past.  But let’s be honest: Talk like this is scary.  Not only does it convey a “holier than thou” moralism which frankly has no place in our government, but it lays the groundwork for the sort of dangerous neoconservatism that gets this nation attacked … and into wars it shouldn’t be fighting.

We don’t need a commander-in-chief who is eager to start a new crusade … we need one smart enough to recognize the virtue of disproportional non-interventionism.