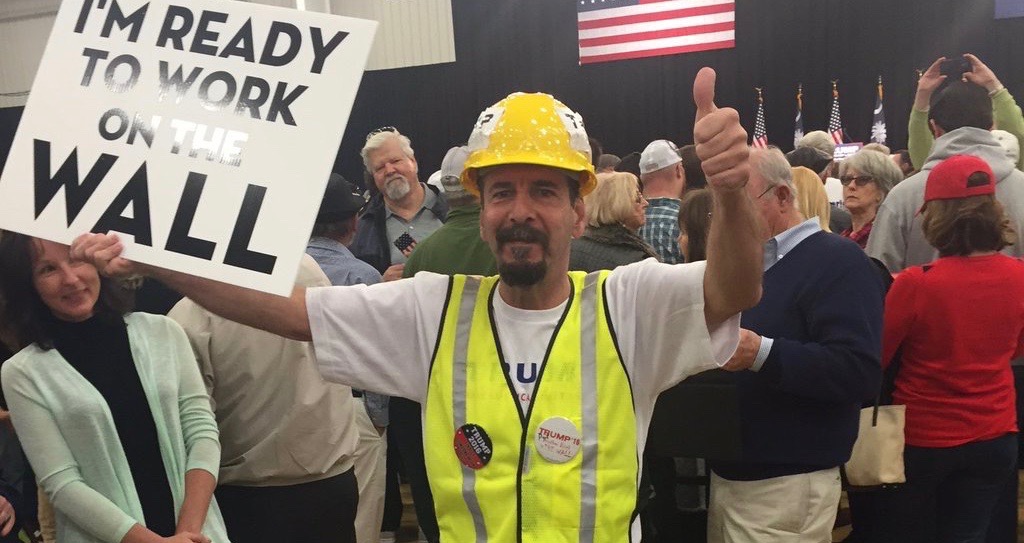 It’s too soon to tell whether surging turnout for South Carolina’s “First in the South” presidential primary election is a good thing for GOP frontrunner Donald Trump.

Obviously the final Palmetto State polling looked very good for him … and the conventional political wisdom is that higher turnout benefits his candidacy.  But anything can happen in down-and-dirty South Carolina …

Still, Trump’s decision to highlight the issue of illegal immigration was clearly the right move – as evidenced by the get-up worn by the guy pictured above.

Oh, and the fact every other candidate has been trying to (literally) out-trump him on the issue since he made it the focal point of the race …

“People are pissed,” one Trump supporter told us.  “They want a wall.”

Yes they do … especially in South Carolina.

Donald Trump: Where’s Your Party At?