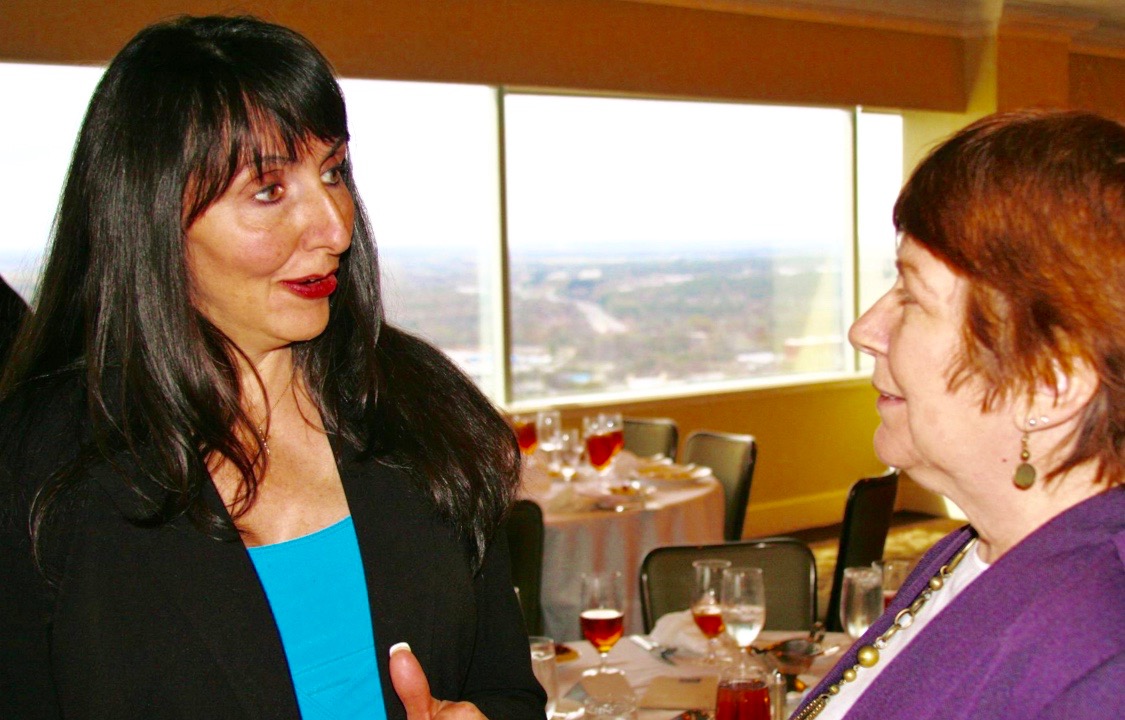 BUT WILL HER OWN PARTY SUPPORT HER?

S.C. governor Nikki Haley refuses to defund government-subsidized abortion provider Planned Parenthood, so one GOP member of the S.C. House of Representatives has decided to take matters into her own hands.

S.C. Rep. Donna Hicks – who has been leading the legislative response to Planned Parenthood’s gruesome fetal body parts scandal – has introduced a bill which would cut all government funding to abortion providers.  Hicks’ bill, dubbed the “Defunding the Abortion Industry and Advancing Women’s Health Act,” would expressly “defund Planned Parenthood and prohibit the use of taxpayer funds to perform abortions or any abortion-related activities in South Carolina.”

The legislation is being cosponsored by S.C. Speaker of the House Jay Lucas – who tapped Hicks earlier this year to play a lead role on this issue.

Unfortunately, Lucas’ minions weren’t inclined to support Hicks in her efforts … as we exclusively reported on here.  So it’s not entirely clear whether his co-sponsorship of this legislation means anything.

Either way we support Hicks’ bill … and would encourage all lawmakers who claim to be “pro-life” to do the same.

Of course as we’ve seen in previous legislative battles, the definition of “pro-life” in South Carolina is … well, complicated.

Gypsies, tramps & thieves.
We’d hear it from the people of the town
They’d call us Gypsies, tramps, and thieves
But, every night all the men would come around
And, lay their money down

Yep, that movie of her as a sponge diver (“Boy Dolphin it believe) shows her charms fer sure!!!
Both her and Raquel still look good. Jamie has let herself go just a bit but from what I understand she had a reason to.

…and you pay your money and take your chance!

I thought it was Caitlyn Jenner.

If I have to pick a woman, it would be more like Anjelica Huston.

In her prime Anjelica was one fine woman…
She still ain[‘t too bad. I’d be proud to be seen with her. “ol Jack fucked up a good thing

Reminds me of the old charcoal on the binoculars trick or a horrible sinus problem, there is a lot going on there.

The “stump” on the right is none other than Ms. Karen Martin (the “Queen” of the Spartanburg Tea Party)
Too bad that picture didn’t show “Queen” Martin in full glory (tattoos up the wazoo!!)
From what I read on a news ‘crawler” on “Morning Joe” (I do take my eyes off Mika from time to time……believe it or not!!) the proposed bill would also eliminate Viagra for men too……..
Don’t see how FITS missed that………..

CORRECTION!!!!!!!
Rep Mia Mcloud sponsored a counter bill concerning Viagra (24 hour waiting period, psychological evaluation, etc.) – all the stuff you see in anti-abortion bills that are run up the flag pole all the time.
Not the same bill as Ms.Hicks but basically a retort
I think it’s a good point myself…………..

It was an excellent, hilarious point. But, it might involve too much thinking for the average GOPer. The ones who get it will just get furious.

My only retort is that after about 6 months in the desert you’d shag either one of them and swear your undying love!!!!!
I can personally attest to that…………………

The thing great about Lindsey’s situation is that unlike Bradley Manning, he won’t have to change his first name once embracing gender reassignment.

Has anybody else noticed how Manning resembles Clinton (the younger) — wonder if that is his reason for choosing “Chelsea”.

To explain this to you gently, and in a way you can understand, I’m not saying Chelsea Manning is ugly, but in prison the other inmates make her shower alone in case she drops the soap.

Not to get you upset or anything like that, but the speculation around the coffee tables and bars is that your daughter might change her name to “Bradley” …..

You gotta be pretty desperate to go tapping Hicks…Somebody got hit with the ugly stick.
I guess there’s no time for a late-term abortion…

“I’ve noticed that everybody that is for abortion has already been born.”

The other one is “If men got pregnant, abortion would be a sacrament”……

Considering that both Bobby Harrell and Jay Lucas did nothing in Stephen Goldfinch case (who reportedly bought and sold tissues related to newborns), which in light of the disgusting planned parenthood videos gives us some perspective of Goldfinch’s dealings, it is probably safe to assume that Lucas is doing this to raise his own profile, if I am not being too cynical. If Lucas indeed has in his heart deep down to protect the innocent, Goldfinch would have been investigated back then. Just goes to show the true nature of politicians and politics just by contrasting the two responses.

I don’t understand why any government should fund a profit making business. What they do is another different matter they collect payments from various sources and don’t need tax payers hard earned dollars.

Your 65. You go to the Doctor, he sees you, says you are having a heart attack. You are rushed to the emergency room. You spend three weeks in intensive care. After all is said an done the Hospital submits to you a bill for $500,000. The good news is Medicare will pay $400,000 of this bill. Do you say hell no, I don’t understand why any government should fund a profit making business.

Not being snarky, James. But, do you not see the ‘edit’ button between the up and down arrows and ‘reply’ just below your post? You can go right back into your original entry and ‘edit’ any typos.

You can only do that if you have a Disqus account. I do not.

But if you were the baby being suctioned, dismembered, then pressure – cooked and thrown in a land fill…would you wonder who will “speak truth to power?”

Does the government actually ‘fund’ the non-profit Planned Parenthood?
Or, is it just eligible for Medicaid reimbursement for medical services?
Which, as we all know, does NOT include abortions, thanks to the Hyde Amendment.

Is that Nikki on the left?

Well…2016 is coming—that Tea Train is humming—Hicks AND Lucas will be barbequed with Joe Wilson and the OTHER goats !!!

Who’s Donna Hicks? The short fat woman on the right or the woman who used to be a man on the left?

LOL
But, whoa! If that one on the left doesn’t at least look like a cross dresser to you, you might need glasses.

you have moved to the classless category.

Thanks, I saw your post after I posted.
It must be fun to live in the Upstate.

It would be amusing but the right wingnuts in the Upstate try their best to have every fucking thing their way.
Sometimes they get their way and sometimes they don’t
But one thing for sure they are world class whiners and complainers and they don’t give up……..you gotta give them that.
Long and short, the bitchers and complainers always get attention (the “Squeeky Wheel Syndrome).
But like everywhere else in the good ‘ol USA the hard-working decent people are too busy making a living and getting things done not bitching and moaning on talk radio all the fucking time.
All in all, the Upstate is pretty damn good. Actually I consider the Piedmont area from Georgia through the Carolina’s to Virginia God’s country.
I’m a “West By God Virginian” by birth and upbringing and “raisin” but the southern Piedmont of the USA is fine place to live and raise kids.

but where will i get my shark chum

Judging from her looks, she never had an unplanned pregnancy to worry about.