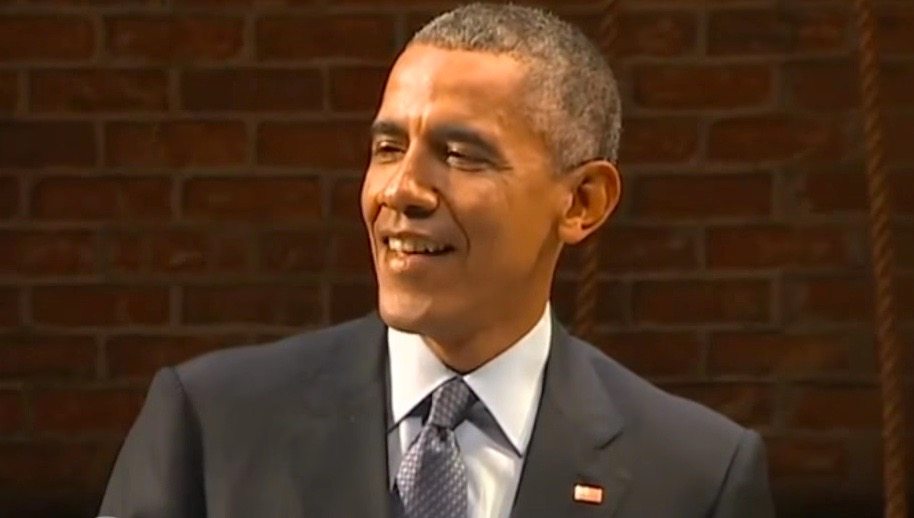 “IF YOU CAN’T HANDLE THOSE GUYS …”

We don’t have much nice to say about U.S. president Barack Obama … or “Republicans” in Washington, D.C.  Or for that matter most of the “Republicans” running for president in 2016.

Appearing at a fundraiser in New York City, Obama joked that if the GOP presidential candidates couldn’t handle “a bunch of CNBC moderators,” then they weren’t likely to fare to well against the likes of Russia’s Vladimir Putin or China’s Xi Jinping.

“Let me tell you, if you can’t handle those guys, then I don’t think the Chinese and the Russians are going to be too worried about you,” Obama said.

Don’t get us wrong: Obama is the worst – which is why it’s so disappointing to see congressional “Republicans” consistently kowtowing to his uber-liberal agenda (here and here).

More to the point: America’s global interventionism under the last two presidents has been a failure across the board.

But there’s no way to score this exchange other than “Obama 1, GOP Field 0.”