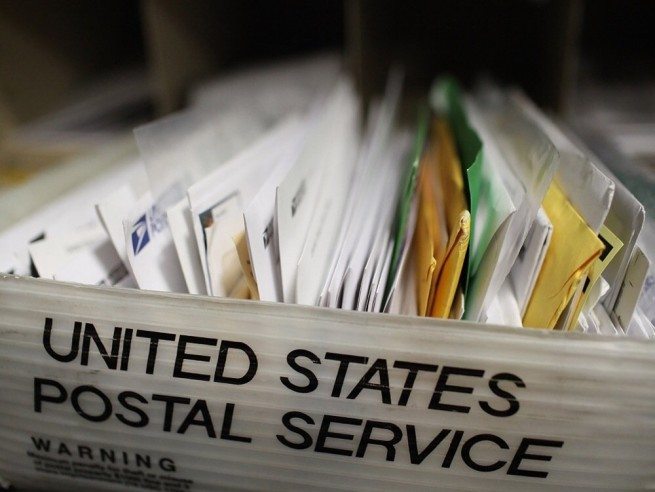 What do you do hours after voting for Paul Ryan – widely seen as weak on immigration, as well as other issues  – as Speaker of the House?  If you’re Mick Mulvaney, you attend Pints for Liberty.  Pints is a hard core liberty oriented group of mostly young activists.  I had the privilege of being one of twenty-five people in attendance.

At one point, Ryan said he would only serve as Speaker if the “motion to vacate” was done away with.  This procedure, which has existed for two centuries, allows any member to attempt to replace the current Speaker.  This was a major concern for many in the Tea Party.  Mulvaney said that the HFC said “no” to this demand, that Ryan had backed down on it, and that no change had been made.

The Congressman spent most of his time answering questions.  I first asked for a show of hands for who had supported Ryan as Speaker. Out of twenty-five, Mulvaney raised his hand, and one other person indicated wavering support – so eight percent of those present.  I asked Mulvaney what the breakdown of calls his office had received was, and he responded they had received about 40 calls a day opposed to Ryan, and five in support – so about 87 percent of those who contacted his office were opposed to Ryan.

Clearly, both those in the liberty movement as well as the wider conservative movement as a whole share very serious concerns concerning Ryan.

In a closed door, Republican-only vote – forty-five Congressmen voted against Paul Ryan, including many members of the House Freedom Caucus.  Once the results were clear, Daniel Webster of Florida, the only other candidate, effectively withdrew from the race. When the whole Congress voted, Webster received just nine Republican votes.  Those voting for Webster included Dave Brat (VA, Conservative Review Score of 100 percent), Louie Gohmert (TX, 96 percent), and Thomas Massie (KY, 92 percent).  A majority of the HFC ultimately voted for Ryan.  All South Carolina delegation members voted for Ryan.

Mulvaney expressed something of a pragmatic view of the Speaker’s election, and recounted a discussion with a constituent who could not name a viable alternative to Ryan, either because the proposed candidate was insufficiently conservative (Allen West, lifetime CR score 73 percent) or because they could not gain more than a small number of votes (Justin Amash).

Mulvaney continually expressed frustration with Boehner, and said he honestly believes Ryan will allow a more open, less top down House.  He said that Boehner’s ouster is significant in not only replacing a Speaker, but as a shot across the bow of Senate Majority Leader Mitch McConnell, another frequent target of conservative ire.  Mulvaney believes Boehner’s ouster will serve as a warning to McConnell that he is vulnerable.

On immigration, Mulvaney said that recent stories on Breitbart.com about him being an open borders supporter were false, and that a recent PBS special on immigration presented him in an inaccurate light.  From my own research, I find no support that Mulvaney supports “open borders.” He is open, however, to allowing at least of a portion of those here illegally to gain legal status and remain in the country, and also seems to support increasing immigration levels.

He spoke in favor of abolishing the Senate filibuster, and that it is a 20th century solution that is failing in the 21st century.  This is because, decades ago, substantive change could be easily blocked in the Senate, forcing the President to work with Congress to shape legislation.  Recently, in contrast, major legislative type changes have been passed as administrative agency regulations, which largely bypass congress.

Two days prior to the Pints meeting, the House voted to reopen debate on the U.S. Export-Import Bank.  The Ex-Im Bank considered corporate welfare by many conservatives, and is perceived to unfairly favor big business at the expense of smaller operations.  Democrats supported it almost unanimously, while Republicans were evenly divided.  South Carolina Congressmen Tom Rice, Mark Sanford, and Joe Wilson voted for the Ex-Im Bank, while Mulvaney joined Trey Gowdy and Jeff Duncan in voting against it.

Mulvaney mentioned in passing that he has read the 28 pages of the 9/11 Commission report that have not yet been released, that they don’t contain anything shocking, and that he doesn’t see a good reason that they should continue to be withheld.

Finally, Mulvaney made a pitch for his preferred Presidential candidate, Rand Paul.

He said that he hosted an event with Rick Perry where 400 people attended, and only 45 had never attended a Mulvaney event before.  Shortly thereafter, he hosted an event with Rand Paul. Again, 400 people attended, but there were 225 who had never attended before, indicating that Rand Paul’s candidacy is connecting with many who were not previously engaged, and that Rand Paul drew support from a wider demographic than many candidates.

Where does this leave Mulvaney and the House Freedom Caucus?  Opinions are divided, with many conservatives expressing outrage at both those who voted for Ryan and for the Freedom Caucus in general.  That Ryan gained the vote of rock stars like Duncan (SC, Conservative Review score of 95%), Amash (MI, 95%), and Mark Meadows (NC, 96%) gives my criticism pause.

Mulvaney rhetorically asked if such luminaries became liberal sellouts overnight. Certainly not.  It appears that our Representatives believed Ryan was the best Speaker we could get.  One doesn’t have to be a sellout to be wrong.  We can only watch closely, pray that our Representatives are right, and be ready to hold their feet to the fire if they are wrong.

Justin – First of all thanks for your letter.  You’ve worked hard against tax hikes in the Upstate and I respect you immensely for that.  As to the substance of your letter, I suspect the folks at Breitbart.com will be very interested to read that Mulvaney called them liars.  I’m also very interested to hear of his latest excuses for support a big government liberal “Republican” to lead the U.S. House.  Sounds like you swallowed his explanations hook, line and sinker – I just hope you remember this column when the GOP establishment starts reeling you in.