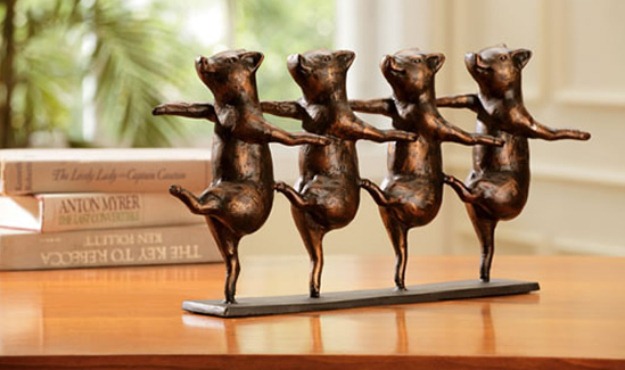 Remember that ban on pork in federal prisons?  It got lifted … sort of.

According to Fox News, the U.S. Bureau of Prisons is “backing off the decision and returning pork to the menu.”  Or at least pork roast.  Other pork items remain off the menu for now.

What happened?  Well, a powerful politician with ties to the pork industry – in this case U.S. Senator Chuck Grassley of Iowa – complained about the ban.

“The decision by the Bureau of Prisons to completely remove pork from its menus was ham-handed at best,” Grassley said in a statement. “I appreciate the quick decision after my letter to the bureau to keep pork products on prison menus.”

Anyway … we did’t really care one way or the other about this issue.

All we know is that as far as government is concerned, you can’t stop pork – you can only hope to contain it.

The CIA Got Punked

The New Definition Of “American Exceptionalism”