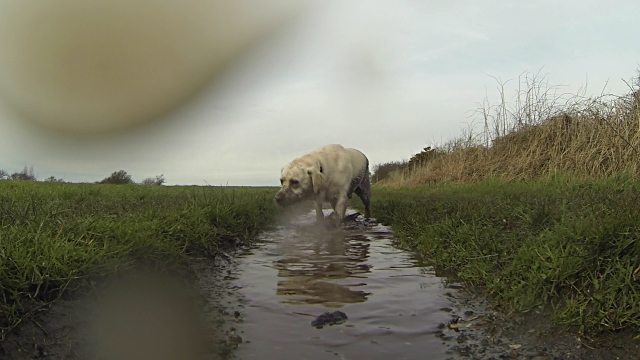 In a major defeat for the chronically overreaching administration of president Barack Obama, the U.S. Court of Appeals for the Sixth Circuit has blocked the Environmental Protection Agency (EPA)’s “dominion over every puddle” rule.

That’s not surprising seeing as the judicial branch has consistently blocked this rule in the past – ruling that bodies of water must have a “significant nexus” to navigable waterways to fall under the purview of Washington, D.C.

Nonetheless Obama and the EPA pushed forward – seeking to rewrite the law (and overturn prior rulings) via the so-called “Waters of the United States” rule.

Their goal?  A dramatic escalation of federal power.

The sixth circuit was having none of it, fretting “the sheer breadth of the ripple effects caused by the rule’s definitional changes.”

We addressed this controversial edict earlier this year, arguing that “the EPA should confine itself to (the “significant nexus”) standard and stop trying to expand its authority in defiance of the other two branches of government.”

It didn’t, though … and now it has been struck down by the courts again.

The defeat of this EPA mandate – which opponents like U.S. Rep. Jeff Duncan of South Carolina referred to as a “blatant power grab” – is the latest bad news for this rogue bureaucracy.

Two months ago, the agency “accidentally” unleashed a major environmental disaster in multiple Western states when it knocked over a rock retaining dam and spilled millions of gallons of toxic wastewater into the Animas River – turning it orange.

Of course that’s not the real “Orange River Conspiracy.”

Good ruling by that court.

Lil’ Benito goes from a piss-ant to a “pissed-ant”

So few people or institutions stand up the Obama. I am glad the Court did.

Is it possible the NSA had nothing to give the White House on this court?

Good point, Taz!!!! I’m still guessing as to whether it was a young boy, a goat, or maybe both, that they have pics of Justice Roberts doing indecent things with.

This is small FUCKING potatoes. Obama has raped this country at every possible angle.

The next president will be forced to GUT every facet of government, and fumigate every corner, to rid DC of the filth, stench and failure of Obama and the Democrat Party. He has all but DESTROYED any semblance of our greatness and our best.

Obama is a RACIST, Bigot, Hate-filled-Anti-American. He is the WORST. We’ll have to REVERSE all that he had laid to waste.

it is not really hilarious, it is that you wing nuts have become hysterical

Is that also why Hillary is doing so well?

oh today is a great day for Hillary, i guess you have not heard about the new benghazi whistle blower, cnn is interviewing him this morning, it is gonna be rich

So you think Benghazi is her only problem? Your naivete is laughable.

i never said benghazi was her only problem, those voices in your head are symptoms of hysteria

I always think it funny that the wing nuts are so excited that Hillary’s poll numbers are down to the highest any Republican candidates poll numbers have ever been.

Did oil prices go up again? to drive up the market, while we pay for it?

Obama’s FILTHY Rich investor class cronies are bathing in our money he is using to prop up the stock market, while we starve to pay more for everything from antibiotics for our children to baby’s milk….

So the Obama-Democrat-Connected can live like kings, never working a day in their elitist lives.

How nasty must you be to dance – and celebrate- while working Americans suffer, and do without, while the regal are lazy, punitive and freedom-taking from us?

You are good example of why the government is now HATED. Ignorant, tone-deaf and hateful bastards like you, are why revolutions start.

Graspin’ at straws. Graspin’ at straws. De lusion ain’t a vacation spot. You’re totally out of it. You’re hatred for the President so blinds you from reality you cannot even see the economy is humming along, jobs continue to grow, and things are looking up. And you just hate it – because in your workd – a black Democrat could never havec accomplished such a feat. If Obama was named James Smith and was white – you’d call this the best economy in 200 years.

If Obama would’ve won this case, all of South Carolina from Greenwood to Charleston to Myrtle Beach and back would’ve become FEDERALLY REGULATED NAVIGABLE WATERS of the US as of October 4th.

Dat’s right Obama. This here is MY shit water. I’m the HNIC in this here bitch.

The Greatest Football Conference
On November 29, 2014, the greatest college football game thus far in history occurred when in the ACC battle between Wake Forest and Virginia Tech struggled to a 0 – 0 tie in regulation. The game was decided by a blistering flury of overtime scoring in which Wake won by a 6 – 3 score.
http://www.cheatsheet.com/sports/lowest-scoring-college-football-games-of-the-last-20-years.html/?a=viewall

I never thought that the excitement of that game could be surpassed. Yet, not only was it surpassed, but it was done by the same ACC power. Today, Wake dominated Boston College in a 3 -0 victory. This ties six other games as the lowest total score since the creation of the tie breaker rule in the 90’s.

BC had first-and-goal at the 1 with 29 seconds left shortly after Wake Forest quarterback John Wolfordfumbled the ball with 56 seconds to play. Boston College’s Tyler Rouse ran for no gain, and Jeff Smith spiked the ball as the clock hit :00.

After a replay review, the referee confirmed the game was over.

“That’s Football 101. It comes with experience,” Demon Deacons linebacker Brandon Chubb said. “We said that before the play: `Don’t get up. They have no timeouts. Slowly get up. Don’t get up until someone pulls you up.”

QUOTE OF THE DAY: “I think going into the game that everybody thought this was going to be a shootout, whoever had the ball last was going to win the game,” Wake Forest coach Dave Clawson said

The only score came after a turnover deep in BC territory. It may be a first in football history in which there were more turnovers than points. Double in fact; 6 – 3. All you SEC fans have to be jealous.

You have to read the full story. I’ve just grazed the surface.
http://espn.go.com/college-football/recap?gameId=400756947

Your article is confusing as hell, so I had to look up the facts for myself. (Why am I not surprised?). The court put a temporary stay on the rule until the court decides on its constitutionality. It’s not even clear this court will be the one to decide the case. So when you say they struck it down, that’s just wrong. The rule is still alive.

Does it really matter, at this point?

It may as well sit until the election 2016. After that, the next president will have so much destructive unilateral law and Obama ignorance to reverse, why not just wait and CLEAN HOUSE of all this Anti-American, NAZI Bullshit Obama has imposed on us, then?

and to think, the wing nuts have been bitching about dirty water all week, they really do have issues

Geez, next thing you know they will want to regulate private dams.

Defund the Left and all its supporting entities.