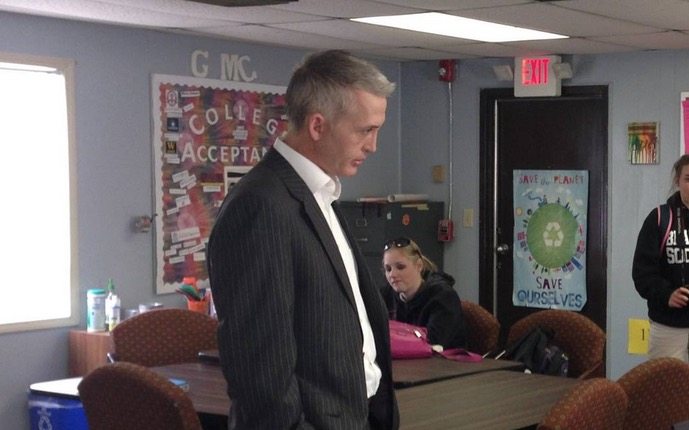 || By FITSNEWS || U.S. Rep. Trey Gowdy will not seek another term in the U.S. Congress, one of his fellow lawmakers announced this week.  However the Congressman’s office moved quickly to dispute the report.

“Trey wants to go back to South Carolina, and God bless him for that,” U.S. Rep. John Fleming of Louisiana said on C-SPAN this week.

Asked if Gowdy had confirmed his intentions to his fellow lawmakers, Fleming said he had.

Gowdy’s office told The Greenville News the report was inaccurate, saying the third-term lawmaker was “not planning to leave Congress.”

“The Congressman has not made any announcement on 2016, so (Fleming’s report) is incorrect,” Duvall said.

Earlier this week Gowdy was touted as a possible candidate to be the next GOP “majority” leader in connection with U.S. Speaker of the House John Boehner‘s impending retirement.  He quickly poured cold water on that speculation, though.

It’s no secret Gowdy – elected during the Tea Party wave of 2010 – is unhappy in Washington, D.C. and is looking for an opportunity to return to the Palmetto State.

Earlier this year, FITS reported exclusively on efforts by powerful members of the S.C. General Assembly to court the former prosecutor to become the next chief justice of the S.C. Supreme Court.

We reached out to our sources this week regarding the status of that effort, and were told Gowdy was not only interested in the post but “working hard for it.”

Gowdy’s name has also come up as a possible candidate for governor of South Carolina in 2018 as Nikki Haley is limited by the constitution to serving two consecutive terms.

The US Congress Must Radically Reinvent Itself … Or Else