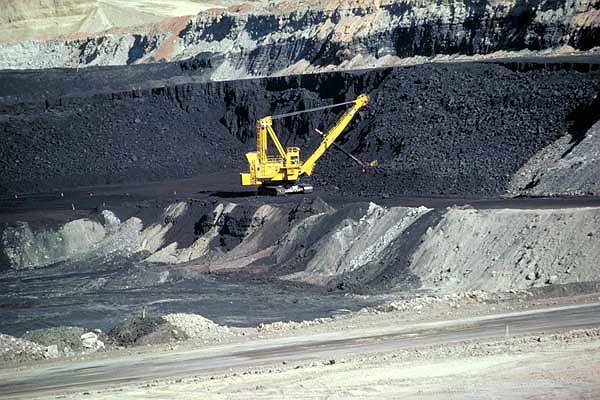 COMING SOON TO A CONTINENT NEAR YOU …

|| By FITSNEWS || A government-owned coal company in China has announced its intention to lay off 100,000 workers over the next three years – cutting forty percent of its entire workforce.  It’s the latest example of the economic slowdown gripping the world’s largest economic engine – and it couldn’t come at a worse time for Chinese president Xi Jingping, who is paying a controversial visit to the United States.

State-owned Heilongjiang Longmay Mining Holding Group (that’s a mouthful, isn’t it?) has been shuttering mines at a frenetic pace in recent years as profits have tanked – but those cost-saving measures apparently weren’t enough.

Now the company – which has gone from $800 million in the black to $815 million in the red in just four years – has resorted to mass layoffs in response to falling prices.

“Personnel is probably its largest cost,” Shanghai-based energy analyst Deng Shun told China Daily. “Actually many traditional State-owned coal enterprises are facing the same kind of problem. It has become more severe as the industry remains on a downward trend.”

Shun said the company – which is also responsible for 180,000 pensioners – should have looked at reducing salaries or benefits prior to initiating such a massive reduction in force.

More pain could be coming …

“The coal industry is set to become a source of millions of job losses,” the website Zero Hedge predicted.

Meanwhile a recent story in The Wall Street Journal highlighted the political realities associated with the economic slowdown.

“As factories run out of money and construction projects turn idle across China, there has been a rise in the last thing Beijing wants to see: Unrest,” the paper reported.

After growing by more than 10 percent a year during the three decades leading up to 2010, China’s growth stood at 7.4 percent last year.  During his trip to the United States, Jingping said he was confident his country would achieve its target of 7 percent growth in 2015.

Shell Gives Up On Arctic Drilling

What Is The Real Unemployment Rate In America?