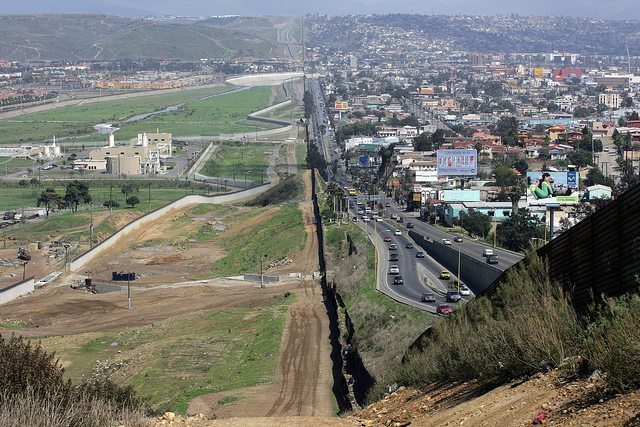 EXPLORING THE MEANING OF THE FOURTEENTH AMENDMENT

|| By ROBERT ROMANO || Ever since he announced his candidacy for president in June, Donald Trump has been setting the agenda for the rest of the field. And so, naturally, his call to bring an end to birthright citizenship for illegal immigrants was all anybody could talk about last week.

On NBC’s Meet the Press on August 16, Trump said, “We’re going to keep the families together, but they have to go.” Here, he was addressing the issue of anchor babies — those born in the U.S. whose parents were illegal immigrants at the time.

Since the only basis for deporting a person is if he or she is not a citizen and is not here legally, then, Trump has raised the question.

Does being born to illegal immigrant parents while geographically located in the U.S. automatically confer citizenship?

Supporters of that view will often cite the Fourteenth Amendment to the U.S. Constitution that guaranteed citizenship to freed slaves after the Civil War, which states, in part, “All persons born or naturalized in the United States, and subject to the jurisdiction thereof, are citizens of the United States and of the state wherein they reside.”

By its text, clearly, being born in the U.S. is not enough to confer citizenship. The person must also be “subject to the jurisdiction thereof.”

Opponents of birthright citizenship, such as constitutional scholar and radio talk show host Mark Levin and the Library of Law and Liberty’s Mark Pulliam, have noted that the reason for that is because the amendment was not intended to include Native Americans who did not owe allegiance to the U.S. And that, most importantly, the Fourteenth Amendment does not automatically confer citizenship by default to those born in the U.S. if their parents are not citizens.

They quote the framer of the Fourteenth Amendment, Sen. Jacob Howard (R-Mich.) who, at the time, explained the clause “is simply declaratory of what I regard as the law of the land already,” adding that, “This will not, of course, include persons born in the United States who are foreigners, aliens, who belong to the families of ambassadors or foreign ministers…”

And what was “the law of the land already?” Per Pulliam, the Civil Rights Act of 1866, which guaranteed citizenship to “All persons born in the United States, and not subject to any foreign power, excluding Indians not taxed…”

That, clearly, would exclude the children of citizens of foreign nations …