|| By FITSNEWS || A twenty-year-old black man has been arrested in connection with a brutal double murder at hotel in Ridgeland, S.C.

Joshua L. Poacher, of Yemassee, S.C., was taken into custody by officers of the Jasper County Sheriff’s Office and the S.C. Law Enforcement Division on Sunday as part of their investigation into the deaths of 72-year-old Kantibhai Patel and 67-year-old Hansaben Patel.

The Patels lived at the Best Western Point South (3536 Point South Drive) in Ridgeland, S.C. – a facility they also managed for the past decade.  They were murdered on Saturday at the hotel – and police appear to have zeroed in on Poacher thanks to “items that were missing from the deceased.” 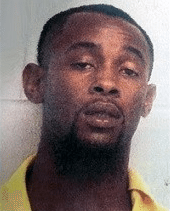 As with anyone accused of committing a crime in this country, Poacher is presumed innocent until proven guilty.  As he awaits his day in court, he is currently being held without bail at the Jasper County Detention Center.

Jesus Christ – I gotta move out of this freakin’ state.

I hear Ferguson, Mo. and Baltimore are nice places for Democrats. (:…

They’d even tell you what nice little white panderer you are, before they blew your fucking head off. (:

They are murdering people all over this country. Where are the rallies for justice for this couple? No where. Hence the recently used term “ALL LIVES MATTER.” Its bad when you can’t work for an honest living without getting murdered for a few dollars by trash like this. Sickening.

Some years ago, I arrived at a motel run by Indian immigrants right after another POS had paid them a visit and shot a male member of the family several times. Fortunately, he survived. What a way to make a living though, worrying about the “next time”. I always hoped he got himself a gun and learned to use it after that.

Read For work info
over here

I manage a hotel about 30 minutes away from where this couple was murdered. I’m so sick of the robberies and murders by degenerate low life. I do in fact keep a 70 lb Pitbull and a old 357 behind the desk when I’m on duty…so are they. I am glad they gentleman you posted about survived too!

Didn’t FITSNews tell us ALL the murders would immediately cease the second the Confederate flag was removed.

Like Obama-care, global warming and Solyndra…You lied against, didn’t you.

The person accused of this is my 3rd cousin..his parents feel for the lost…were so sorry….so sorry