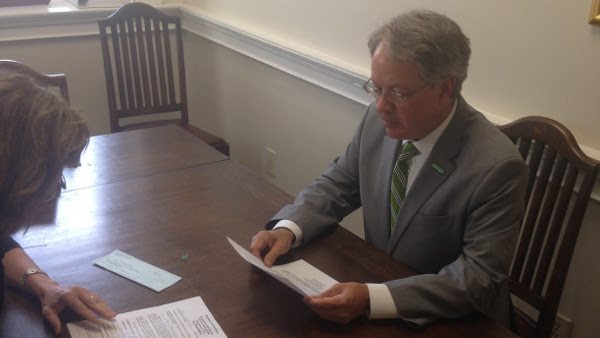 || By FITSNEWS || It’s candidate filing time for mayor of Charleston, S.C., and local businessman John Tecklenburg is “in.”

“I’m running for mayor because I love this city, and because I believe we need a leader who will put Charleston city government squarely on the side of our citizens — the people who live in our neighborhoods, work in our businesses, commute on our roads and invest in our community with their time, their taxes and their talents,” Tecklenburg said.  “These are the people who make our city the special place that it is. And they deserve a city government that’s focused on their concerns: safer communities, better schools, faster commutes, wiser development policies and smarter city services that meet their needs and protect their pocketbooks.”

“He’s got the right career, the right connections, and the right experience with all the right people,” the paper reported.  “Add to that the fact supporters continue to write checks supporting his campaign to the tune of over $466,000 as of early July and you have a viable candidate in the City mayoral election. All that’s left to be determined is whether John Tecklenburg has the right stuff to win the race.”

Tecklenburg is one of six candidates seeking the post.

The frontrunner? S.C. Rep. Leon Stavrinakis – known affectionally around the Palmetto State House as “short stack.” In fact the diminutive Stavrinakis has already reportedly contacted S.C. Rep. Jimmy Merrill and offered him a position as chief of staff should he win the race.

The Lizard Man Is Back