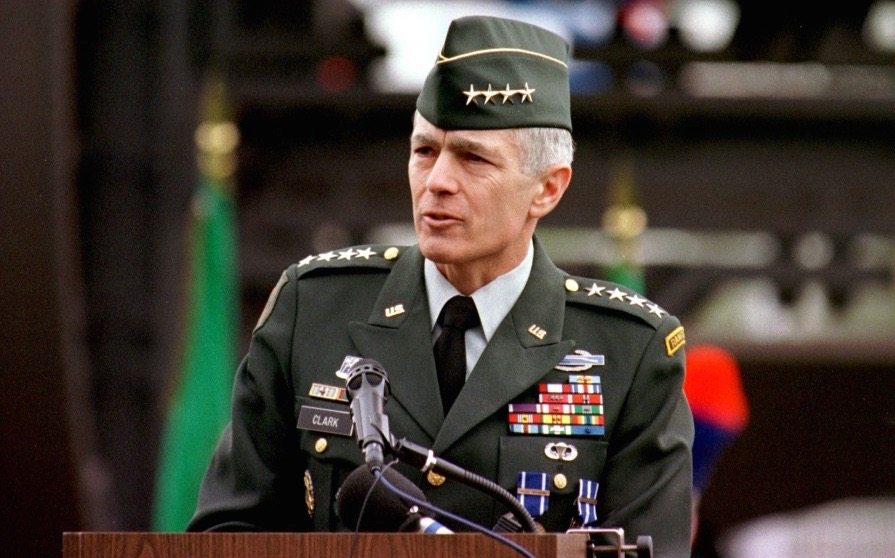 || By FITSNEWS || Remember Wesley Clark? No?

From 1997-2000 he was the supreme allied commander of NATO forces in Europe.  And in 2003 he was (briefly) a candidate for the Democratic presidential nomination.  Since then he’s supported uber-liberals John Kerry, Hillary Clinton and Barack Obama for president while lobbying on behalf of market-distorting ethanol subsidies and giving “security” advices to Romanian prime minister Victor Ponta.

His latest claim to fame?  Suggesting “disloyal Americans” should be sent to internment camps.

“If these people are radicalized and don’t support the United States, and they’re disloyal to the United States, as a matter of principle that’s fine, that’s their right,” Clark said on MSNBC this week. “It’s our right and our obligation to segregate them from the normal community for the duration of the conflict.”

Sounds like this guy needs to hang out with U.S. Senator Lindsey Graham – who has suggested droning disloyal Americans and using U.S. troops on Congress (if it doesn’t continue mindlessly growing defense spending).

Letter: On Being Offended