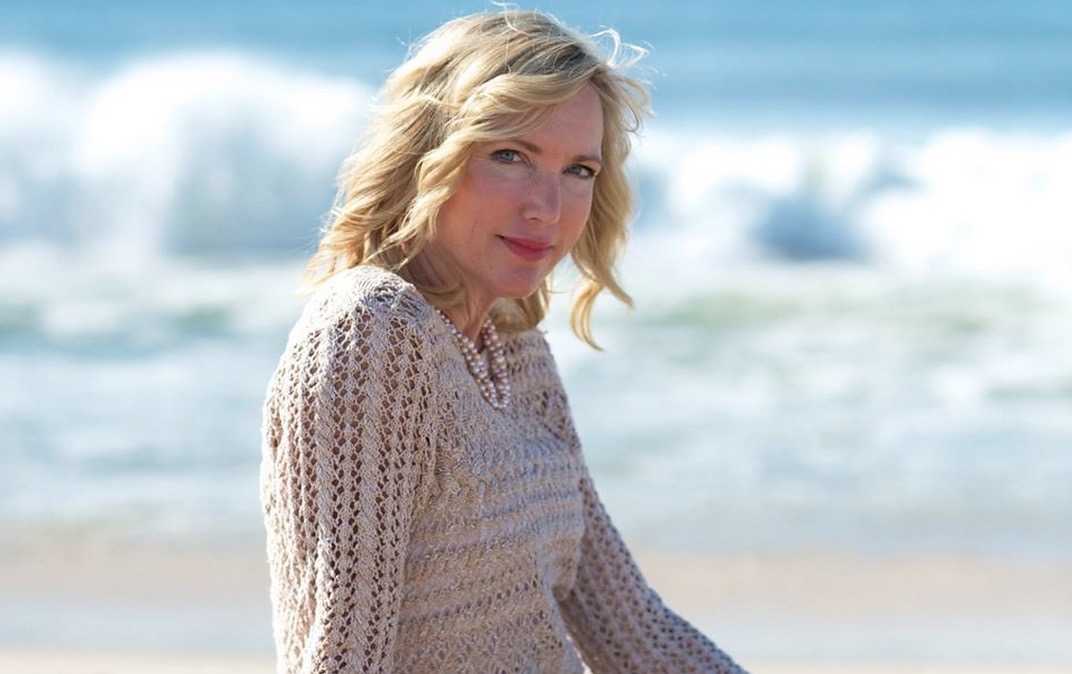 CAN SHE HELP HER HUSBAND WITH HIS “WOMEN PROBLEM?”

Kelley Paul has already campaigned solo for her husband in New Hampshire.  There she brushed off recent broadsides against his candidacy – viewed by many as the most credible “Republican” alternative to the candidacy of presumed Democratic nominee Hillary Clinton.

“Politics is a contact sport,” Kelley Paul told The Boston Herald of the attacks against her husband.  “It’s remarkable how thick your skin gets after awhile … I don’t pay that much attention to the political attacks. Anything personal does bother me more, obviously, because you feel like your reputation … is being attacked.”

In addition to responding to incoming fire, there’s some clear political calculation associated with her appearances in these early-voting states …

After all, Rand Paul came off terribly in a big national interview with NBC’s Savannah Guthrie during his campaign rollout.  And prior to that disastrous exchange a Bloomberg Politics national poll showed only 11 percent of Republican and independent women seriously considering supporting Paul – compared to 22 percent of men.

“No other Republican contender has a worse (gender) spread,” the pollsters noted.

Want to hear Kelly Paul for yourself?  Here’s her schedule …

Rubio’s wife is also… Hmmmm, but not a good driver.. Trump’s wife doesn’t count, because she is a “Trophy Wife.”

I have a trophy wife too. Except She is the one who wins them.

Tai Chi Sword demonstrations, but that was years ago. (Me? I have several 9-ball trophies.)

Yeap. Sometimes one has to be fleet of foot …

I have several 9-ball trophies.

Q. What do you get when you cross Raggedy Ann and the Pillsbury Dough Boy?

A. A red headed bitch with a yeast infection.

Speaking of Raggedy Ann, it is well known around the GrandTango’s neighborhood that his companion is a Raggedy Ann Doll, and that he personally makes her outfits. He prefers to use the 1940 McCall’s Pattern #820 because it comes with a cape pattern. The gossip is that used patterns for ‘night out’ and ‘bedtime’ outfits
have been found in his trash. However, my operatives have informed me that no new patterns have been found in his trash for the last seven weeks. Things are getting “curiouser and curiouser” — the mystery deepens……

Could GT be working on someone’s campaign (sub rosa ), and he has been told (because of his activities on Fitsnews) to lay low and just “shut-up”..??

Hey, it sounds plausible to me!

He is definitely a political hack, just not sure what flavor save: dogmatic, hateful, judgmental and downright mean. Way to win friends and influence votes!

That is too funny, but I loved Pillsbury Dough Boy and he died :(

Hey! I’m the best you have ever seen. But my #1 employee is a bit better.

I wonder if she dresses him, and cuts his hair.

That would be a good thing.

The Job Search Site on the Net @mk31

Is it any worse than someone telling Rick Perry he should wear glasses? He’s one of those people who looks like they’re trying too hard to look smart by putting a pair of glasses on.

Rick Perry can’t even choose a pair of boots that fit.

Who is going to be minding that troublesome kid of theirs while the parents are running around the country?

They’ll just drop him off at a local bar before each event.

$10 says she’ll get more attendees than the Santorum the other day:

Santorum’s butt will be puckering when the Supreme Court rules on gay marriage.

She’s a fag hag married to a Johnny Rotten look-alike.

OK that’s mean and uncalled for. But it sure does have a poetic ring to it.

A story about Johnny Rotten… https://www.youtube.com/watch?v=0O1v_7T6p8U

and Bob Dylan is as enigmatic as ever

Heavy in the low country with the appearance schedule. Tell her to come to Chesterfield County, I will let her borrow my pickup and give her my one hundred pound Lab as a bodyguard.

Ah, Chesterfield County! I miss those late night hamburgers from Ted Steen’s joint north of town. They were the only thing in that part of the county that was open late.

Unfortunately, Chesterfield County, years of tradition, unmarred by progress. I am retired, so it suits me. I am not familiar with Ted Steen’s burgers,just moved back here, a few years ago.

Ted’s was open in 79. Had a little redneck beer joint, pool hall, and grill, on 151 by the Watermelon Market. Not sure how long it stayed open after that. Ted was woolybuggered by a huge customer that Ted started a fight with. Poor guy never was right after that.

Oh, OK. You were on the other side of the county. Chesterfield covers a big area. Yes, you were away for a while. Haven’t been there in a few years but I did find quite a bit to like in the rural atmosphere.

Yeah, I have lived in San Francisco, Denver, Charleston, Norfolk, Fort Lauderdale, Atlanta, Columbia, and now back here. At this point in my life, I enjoy the rural life, but miss some of the conveniences of living in a larger city.

She is a good speaker for rand..and good looking

…”viewed by many as the most credible “Republican” alternative to the candidacy of presumed Democratic nominee Hillary Clinton.” And by “many” I assume you mean “essentially no one.”