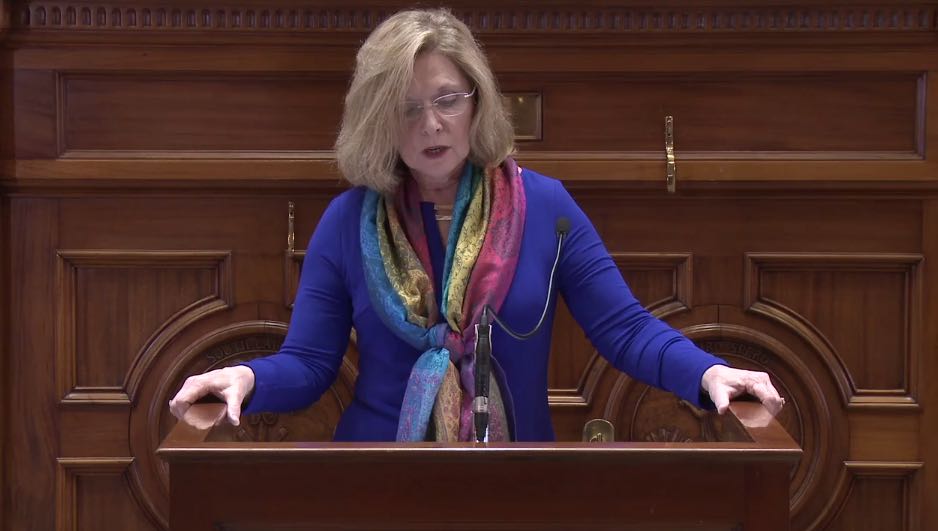 SENATOR: IT’S THE PRINCIPLE THAT COUNTS

|| By FITSNEWS || Proposed pay raises for South Carolina’s “higher educrats” don’t even constitute a drop in the bucket of the state’s $25.7 billion budget, but State Senator Katrina Shealy says “it’s the principle” that counts.

Accordingly, Shealy is filing an amendment – much to the chagrin of her “Republican” leaders – which would zero out these raises in the upcoming state budget and return these salaries to their existing levels.

As this website exclusively reported earlier this week, state lawmakers are attempting to give several “higher educrats” at government-run colleges and universities pay raises – including University of South Carolina president Harris Pastides.

Pastides – who has presided over skyrocketing tuition, plummeting academics and failed command economic boondoggles – would see his state salary climb from $286,200 to $297,648 unless Shealy’s amendment is approved.  In addition to his state salary, Pastides also makes more than half a million a year from a USC foundation – pushing his salary above $800,000 annually (with huge bonuses in store in future years).

Shealy told FITS if Pastides wanted a $10,000 raise, the school’s foundation should pay for it.

Again, this isn’t a drop in the bucket of the state’s spending plan but Shealy is absolutely right – the principle does count.  And last time we checked every dollar counts.

Several of Shealy’s “Republican” colleagues have urged her not to file the amendment (they apparently don’t want to be embarrassed by this vote), but she is having none of their arguments.

This website has consistently maintained that South Carolina’s bloated, duplicative, inefficient and ineffective college system should be immediately privatized – as  higher education is simply not a core function of government.  We have no problem giving these institutions a ten-year grace period regarding taxes on the property they’ve been given, but after that it’s “sink or swim” time.