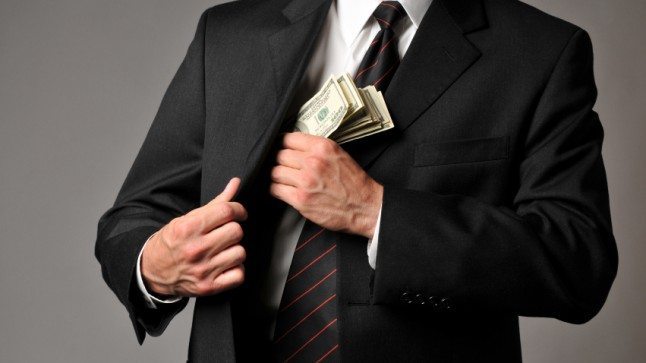 || By FITSNEWS ||  You’ve seen them on television … those annoying mass tort solicitations.  Complete with the 1990s-era clip art, game show host voiceovers and blaring, oft-repeated 1-800 number … they lay on thick the inhumane injustices, dire consequences and, of course, all those “operators standing by.”

More often than not, these ads focus on mesothelioma – a form of cancer tort lawyers insist is caused exclusively by the inhalation of asbestos fibers.

And maybe it is.  Maybe there’s a compelling case (or cases) to be made that mesothelioma victims are entitled to “just compensation.”  And maybe there are law firms out there genuinely committed to “fighting for fairness” for these victims.

But there are plenty which aren’t … like the firm of former New York Speaker of the House Sheldon Silver, who resigned his office in disgrace last month after federal prosecutors charged him with five counts of extortion, fraud and conspiracy in conjunction with an asbestos kickback scheme.

Specifically, Silver is accused of using his influence to steer tax dollars to an asbestos doctor – who in turn provided his law firm with the names of patients.  That translated into big business – notably $273.5 million in mesothelioma-related judgments over the last four years.

Hodges specifically cited “significant” manipulation and withholding of evidence by plaintiffs and attorneys suing Garlock – which “had the effect of unfairly inflating the recoveries.”

How unfairly?  And how inflated?

Hodges estimated Garlock’s mesothelioma-related liability at around $125 million – well south of the $1.3 billion the plaintiffs and their lawyers were seeking.

Anyway, we raise this issue because liberal tort lawyers in the S.C. General Assembly – including the always self-serving S.C. Sen. Gerald Malloy – are pushing legislation which would make September 26 of each year “Mesothelioma Awareness Day.”

And of course the ceremonial bill – which passed the S.C. Senate unanimously last week – reads like a friggin’ public service announcement for plaintiffs’ attorneys.

Now, we don’t get especially exercised over ceremonial bills (even though September 26 is our founding editor’s birthday).  Sure they waste a modicum of taxpayer time and resources, but what harm do they really do beyond that?

“It’s a government sanctioning of their scam,” one tort reform advocate told FITS. “And a fundraising bonanza for the trial lawyers in the General Assembly.”

For those of you keeping score at home, the resolution is currently sitting in a S.C. House subcommittee … where it can stay as far as we’re concerned.  In fact we’ll go one better: Let’s do away with government-subsidized press releases masquerading as “ceremonial bills.”  For everyone.

What we really need is a “Pity the Billionaires” Day. Fits and his fellow Republicans can all gather and list the grievances against this most discriminated against segment of our society.

That’s every day for them.

Yea, we should give them a tax cut or something. It sucks to be them.

Kind of like how people give the ‘founding editor’ money and suddenly he is a huge fan of whatever the people giving him the money want him to be. Does he inform the readers of this sponsored content? Nope.

I’d love to see some of that money I’m supposedly getting. Brutal truth: It is impossible to maintain the level of editorial consistency this website has demonstrated if you are “pay-to-say.” Just. Doesn’t. Happen.

It’d be great if you — and the others who write for the blog — responded to comments more often. Makes the comment threads, and the stories themselves, much more interesting.

I don’t believe you do pay-to-play. Have argued that point to some local jaw-flappers who say you are paid off now not to do stories on Myrtle Beach corruption. Something to do with Brant Branham and the-nice looking Battle girl. Nonsense, I say! You just believe nothing will come of the fed probe, and that nothing much else going on around here lately rises to the level of what they were investigating. And I tend to agree with you, even though every now and then there is a hint or two that something is about to happen. But shit, if they aren’t going to do anything about the stuff supposedly revealed by Harrell, the investigation of the so-called “Myrtle Beach Mafia” must truly “sleep with the fishes.”

Sometimes, the positions you take and the the things you obsess over can be perplexing, and irritating as hell. Why you support the blatant crony corporatism and oppressive use of eminent domain on that pipeline debacle, while (rightly) opposing the same kind of thing in SC is baffling. Why you seem to have (at least for a while) crawled way up “The Donald’s” ass and set up light housekeeping, likewise, is beyond mortal ken.

But are you a corrupt character youself? I think not. No more than me, anyway, or most of the people who hand out on this blog way too much.

Will – you forget to mention that Ron Motley – whom we mourned in death not long ago – was a huge player in asbestos litigation. Were a whole lot of lawyers in Charleston setting the stage for Southern Charm getting rich on it in the late 1980s and up through the mid-90s.

Why don’t you explain to the victims of the children’s train accident in Spartanburg how great tort reform is….

Mesothelioma is typically a products liability claim. Tortfeasor is typically not the government. SC Tort Claims Act has no effect.

Dude … props for the effort.

“Mesothelioma Awareness Day.”??? ROFLMFAO!!! … Sheshus!!! All of these lawmakers are all fucked up, self serving, and are running a criminal operation. Is there a law that citizens can use to justify shooting them on sight?

When is Take A Negro To Starbucks Day, again? I forget.

I thought Tort Lawyer Day was every Wednesday when Toal announced a ton more liberal rulings from the Supreme Court.

mass torts are bad until you are a victim of someone else’s negligence then they are good.