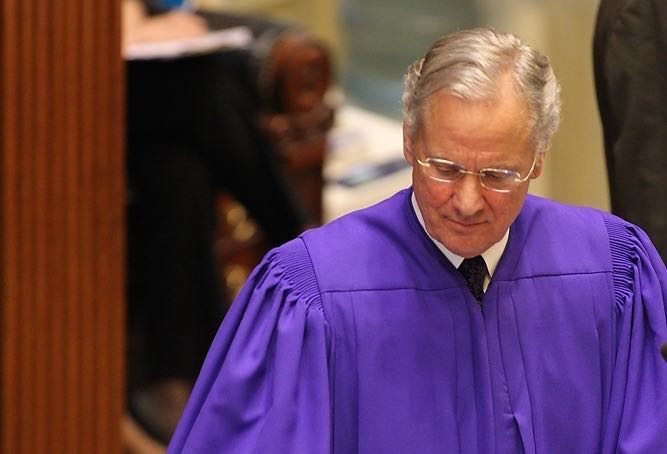 || By FITSNEWS || Yet another one of S.C. lieutenant governor Henry McMaster‘s brothers is in legal trouble …

Joseph Dargan McMaster – the 55-year-old brother of the Palmetto State’s No. 2 constitutional officer – was arrested Tuesday and charged with first degree burglary.  McMaster was also charged with “malicious injury to animals, personal property.”

He is currently detained at the Alvin S. Glenn detention center in Richland County, S.C.

The incident occurred in Forest Acres, S.C. – an affluent downtown area that’s home to the infamous “whites only” country club to which the lieutenant governor belongs.

A year ago McMaster’s brother Frank McMaster was busted on charges of illegally tampering with a vehicle, discharging a firearm while under the influence of alcohol and disorderly conduct.

Two months later, 64-year-old George McMaster was arrested on suspicion of “forcible fondling” after a bizarre incident at an exclusive downtown Columbia, S.C. private club.  Details of that incident were exclusively reported on by FITS.

Earlier this year McMaster’s chief of staff Mark Plowden was arrested and charged with driving under the influence of alcohol.

These guys are a reality television show waiting to happen …

Since then, McMaster and his allies have been working overtime to position the 67-year-old politician as the heir apparent to Haley – an effort that’s met with limited success.

Beyond the parade of embarrassing family headlines, McMaster has also been dealing with a campaign finance scandal revolving around more than $50,000 in excessive campaign contributions he allegedly took during his failed bid for governor of South Carolina four years ago.

Prior to being elected lieutenant governor, McMaster was a U.S. Attorney, SCGOP chairman and two-term attorney general (from 2003-11).