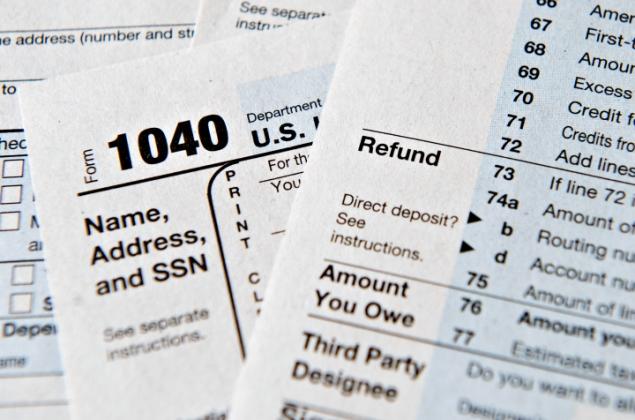 || By FITSNEWS || One of three “Republicans” seeking to represent Florence County in the S.C. House of Representatives has some major tax issues.  In other words he would fit right in at the state capital … where “do as I say, not as I do” is the only law that’s consistently followed.

“I had a person who was not doing the best work with handling our books back then and I am very sure that we have since paid those taxes off,” Hill told WBTW’s Jana Jones last week.

But the taxes haven’t been paid off … in fact FITS has been provided with a pile of tax information on Hill which would seem to indicate the tax issues facing his information technology firm Hillsouth are even worse than he’s been letting on.

Eventually Hill admitted to Jones that his company owed money to the government and was in the process of trying to pay it off.

Is this a disqualification for office?  Not necessarily … although Hill is touting himself as one of those “run government like a business” politicians, and this would seem to indicate he’s not the world’s best businessman.

Small businesses in South Carolina – the engines of job creation in the Palmetto State – struggle every day to stay afloat.  Meanwhile wealthy corporations like Boeing get handed hundreds of millions of dollars in tax exemptions.  It’s not fair … although Hill wasn’t smart enough to make that argument.

Anyway … assuming you care, Hill is running against social conservative Jay Jordan (who ran unsuccessfully for the U.S. Congress in 2012) and local small business owner Elijah Jones.  The three are vying for the seat vacated two months ago by former S.C. Rep. Kris Crawford.

Robby Hill should start a “philanthropy” like Saluda Charitable Foundation and funnel his money through it so he doesn’t have to pay taxes. It seems to have worked fine for one particular statewide elected official.

Are you referring to Curtis Loftis?

That’s “The Honorable” Curtis M. Loftis, Jr. to you!

The Saluda Charitable Foundation, with The Hon.Michael Montgomery, Esq. Lady Susan, Countess of Shannon, Mr. Curtis Loftis ,Sr. Mr. Stephen P. Leidinger on SCF Board of Directors? Yes, the same M.Montgomery who received 2 million dollars from the BNY and the retirees trust fund. Yes, the same Leidinger who was Curtis chief of staff for several years. Yes, the same foundation which in alt.talk.royalty 1/18/04 was exposing “This Curtis Loftis is a dum fuk! He starts an attack on Princess Linda and her charity.. and shits his pants when the truth cums out and we see his own charity the Saluda Charitable foundation , Buckshit organisation, for what it is.” … “Let’s all write to Loftis’s church and tell them of his evil and close down his charity The Saluda Charitable Foundation.” 1/18/04….and Curtis has not changed his spots in all these years.

How easy it is to lie when starring at the computer screen. May God have mercy on your soul.

Nothing can be done about people that are evil. This small group of Loftis haters are pioneering new territory in hateful speech.
May God have mercy on their souls.

Small group? he he

A handful, motivated by greed, hate and envy. A pitiful few that take orders from others. Zealots, in pursuing money, attention and material gain.
No one other than a tortured soul would post such filth. May God pity their souls.

Not true. My soul isn’t tortured. It’s feeling pretty good since I moved from Columbia ;) Enjoy the Senate Curtis. I’ll continue to pray for you.

Loftis is responsible for his actions. Not Reynolds Williams, not the Investment Commission, not the Koch Brothers, not the staff of STO, not.. He is responsible for his vile diseases, his lies, his mental imbalance, his fraud.. He has insulted so many that he cannot be effective in his job. He has not done anything positive for the people this State. Facts.

Hateful speech? Where is the hateful speech? Spots is telling the facts about The Charitable Foundation and the people on board, filling their pockets. Money laundering comes to mind…This needs to be investigated fully.

Agreed! That whole thing was set up as a tax haven and for Curt to go frolic around Europe and play. He’s a tax cheat and an adulterer!

According to his own testimonies (1987) ,” C. Melvin Loftis Jr. was infected with a foul and loathsome venereal disease which cannot be cured by practitioners of medical science” and contracted by fornicating outside marriage. How many young men has he infected? His lies, heinous and self motivated accusations, split personality BS have been well documented. He needs to leave public life and crawl with the roaches.

well, the Koch Brothers employees must know a lot about the best way to manage a charity!

May God have mercy on your soul for creating such lies.

What was written that is a lie Curtis? Name one! How easy is it for you to hide behind a computer screen and use a former staff persons name to castigate others. You are sad.

Blasphemous comments such as this carry high penalties, curt.

How low must a man’s soul be to post such bile? May God pity his tortured life.

Can a soul be high? If so, i recommend smoking some of that medicinal goodness. I hear it also does wonders for vile, loathsome herpes too.

Yeah, run government like a business, just not his business.

Maybe he can become Obama’s Left hand man since Sharpton is his right one!

Was he ever an SC State U. trustee?

Do some more homework.

We elected a governor in 2010 with waaaaay more tax issues than just liens.
So, why wouldn’t this guy think he should get a pass.

We elected a treasurer in 2010 with waaaaay more hidden money issues than just liens. So, why wouldn’t this guy think he should get a pass?

May God have mercy on your tortuered soul.

My soul is good. Went to church and spoke with Jesus about you this morning Curtis.

I did not know there was a church of greed, false witness and filth.
Reynolds Wiliams must be the high priest and the Investment Commission must supply the space.

Nope, I go to Shandon Baptist. No high priests or churches of greed, false witness and filth. Just good people who love the Lord. But at least I make it to church, Curtis.

well isnt that special…. Could it be SATAN making you post on FITS???

Either way, politicians and their ” money handlers ” screw everyone. In SC it’s very noticeable.

How about we just abolish the IRS instead?