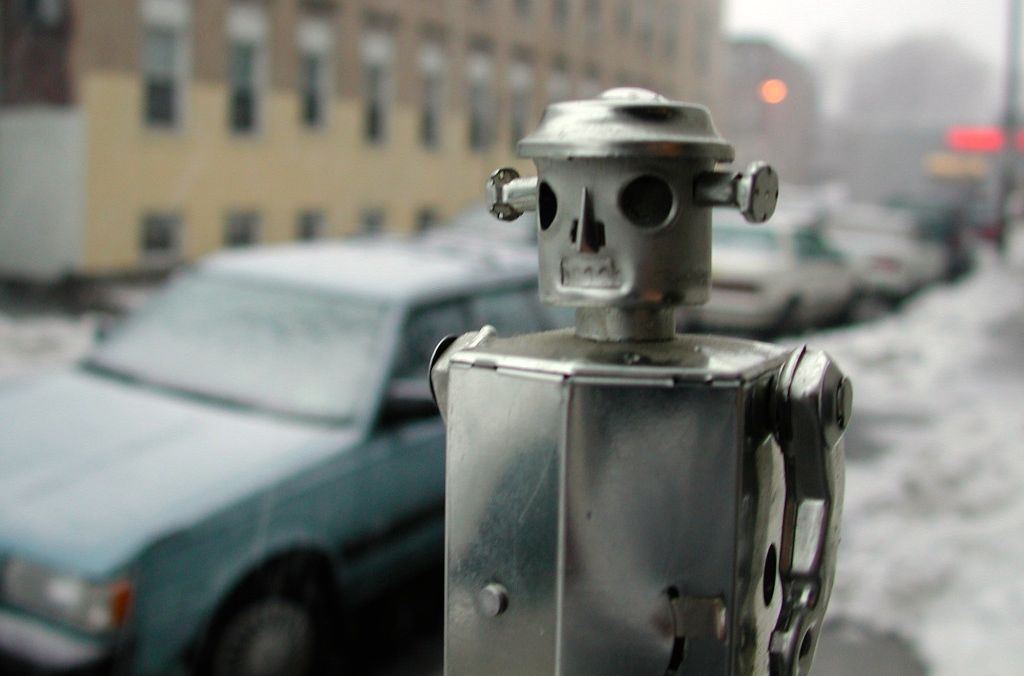 THAT WOULD BE THE WEAK ECONOMY’S FAULT …

By ROBERT ROMANO ||  The Senate Budget Committee Republicans tweeted out an interesting piece from the New York Times’ Claire Cain Miller, which in part notes a dramatic drop in labor force participation in the U.S. economy.

Normally, out of context, one might simply assume the story was about the jobless recovery that has followed the 2008 financial crisis. In terms of growth, jobs, and everything else, this is the worst post-recession recovery since World War II.

And yet context is critical. The story Senate Republicans quoted has little to do with the post-financial crisis or the Obama economy if you read it. It’s actually about how robots may ultimately take all of our jobs, with the headline, “As robots grow smarter, American workers struggle to keep up.”

No, this is not science fiction. Technological automation has long been a worrying future prospect ever since the Industrial Revolution’s Luddite movement. Why?

At its core, the economy depends on people producing something of value, and being compensated for their value via income. Their income, in turn, is used to purchase goods and services, to save and invest, buy a home, and to provide for one’s family.

It all works because there is an incentive to work. But are we reaching the point technologically where there is less of a need to work? And what would that mean for the future?

It is certainly true that two factors, automation and globalization, have meant that jobs once performed by the low skill labor pool have long since been mechanized and/or outsourced.

Technology definitely put most people off of farms. Now, far fewer farmers produce more output than ever due to machines.

So, off people went to factories. But eventually, China and others have simply figured out how to do it exponentially cheaper with de facto slave labor. Here, robots have in fact taken over U.S. manufacturing floors.

Yet, on the other hand, if innovation and automation were supposed to kill jobs, they certainly have not as of yet.

Consider the 25-54 aged population since 1948 has increased 109 percent to roughly 124 million, according to data compiled by the Bureau of Labor Statistics. The number of jobs has more than kept pace, increasing 159 percent to 95.8 million. In 1948, the employment-population ratio for that age group was 62.6 percent, and today it’s 76.9 percent.

Related Topics:AutomationLudditeOutsourcingRobotsU.S. Senate Republicans
Up Next

The Economy Is Growing! (Right?)