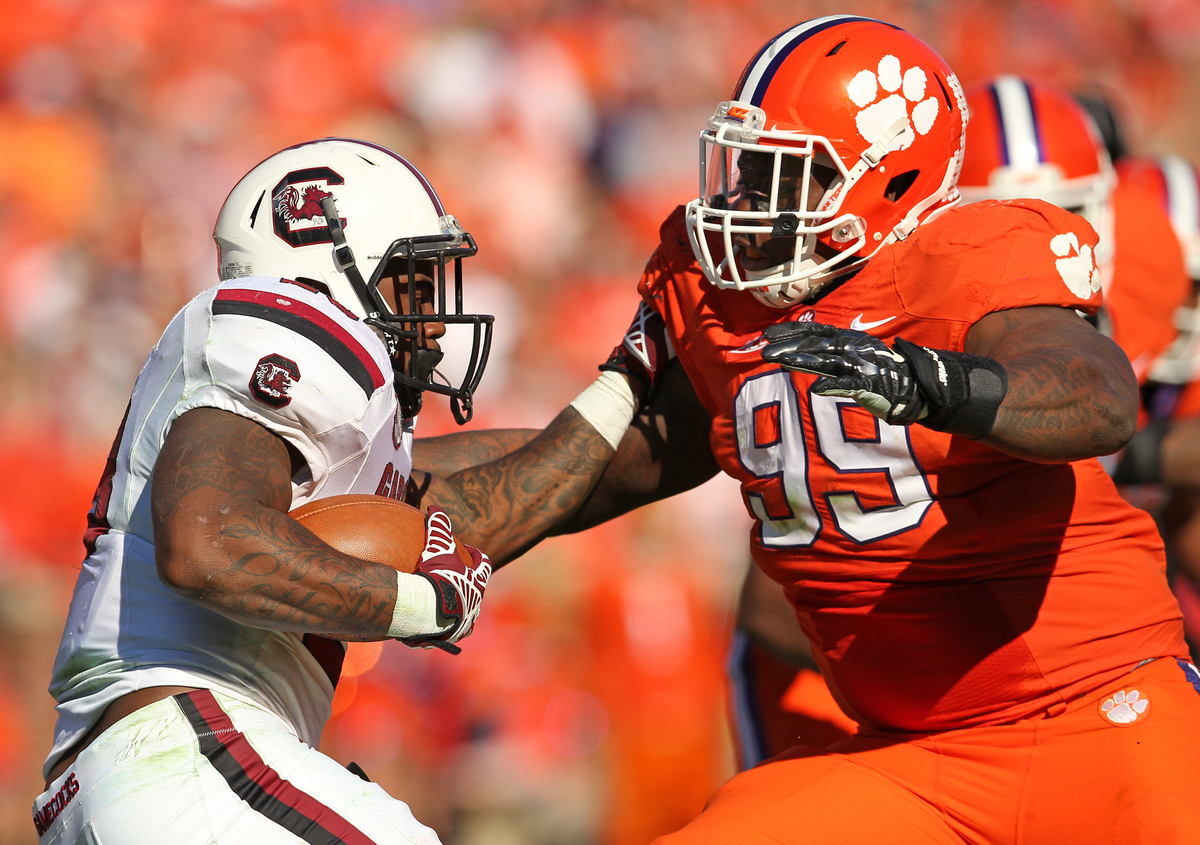 By FITSNEWS  ||  Clemson didn’t just end its five-year losing streak against in-state arch-rival South Carolina in this year’s Palmetto Bowl … the Tigers (9-3, 6-2 ACC) flat out broke it off on the Gamecocks (6-6, 3-5 SEC).

On the strength of a gutsy performance by true freshman quarterback Deshaun Watson – who it was later revealed was playing with a torn anterior cruciate ligament – Clemson trounced Carolina 35-17 to capture its first victory in the series since 2008.

The Tigers also got a big boost from redshirt freshman running back Wayne Gallman – who rumbled for 191 yards against South Carolina’s much-maligned defense.

Covering the action at Death Valley was award-winning photographer Travis Bell, who snapped these images.