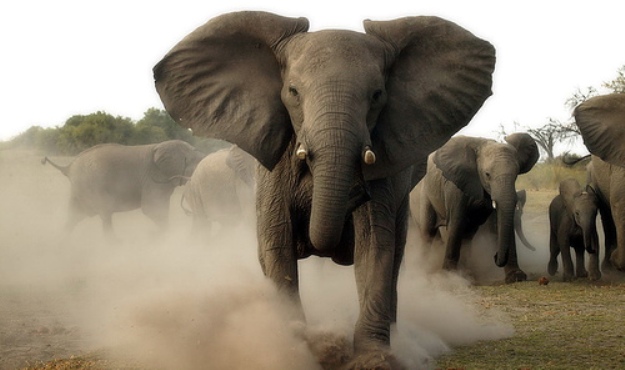 By TAYLOR BROWN || What’s that sound?  Thousands of elephants trampled over Libertarians and Democrats everywhere, that’s what it is.  The rest of the country, in governor’s races, U.S. Senate races and House races – followed in the footsteps of South Carolina by going bright red.

So, now, as my bio points out, I’m the token Republican, and here’s my take: Despite the Illuminati’s best efforts (I joke), Republicans swept the election.  I think these midterms go to show just how much the American public hates the policies put in place by the Democrats and OFA (a.k.a. Obama/ Organizing for America/ Action).

But it’s more than just a repudiation of the far left.  It’s the rallying of the right behind a more moderate and mainstream ideology.

For example here in the Palmetto State, how many times did FITSNews write nasty things about Nikki Haley while supporting fringe candidates like Thomas Ravenel and Steve French?  A lot.  That’s how many times.

Also, how many times over the past four years did FITSNews rail against Lindsey Graham? An exorbitantly high amount of times, yet, landslide victory, anyone? He and Tim Scott both won without any trouble.

How many times did FITSNews support the Libertarians only to have the mainstream Republicans win? I’ve lost count.

I think that the grandest of parties has quite rightly earned bragging rights, and while FITSNews may be right about a large majority of issues, I can’t quite hear them over the sound of the elephant herd, which is victoriously trumpeting while their magnificent trunks wave in the wind.