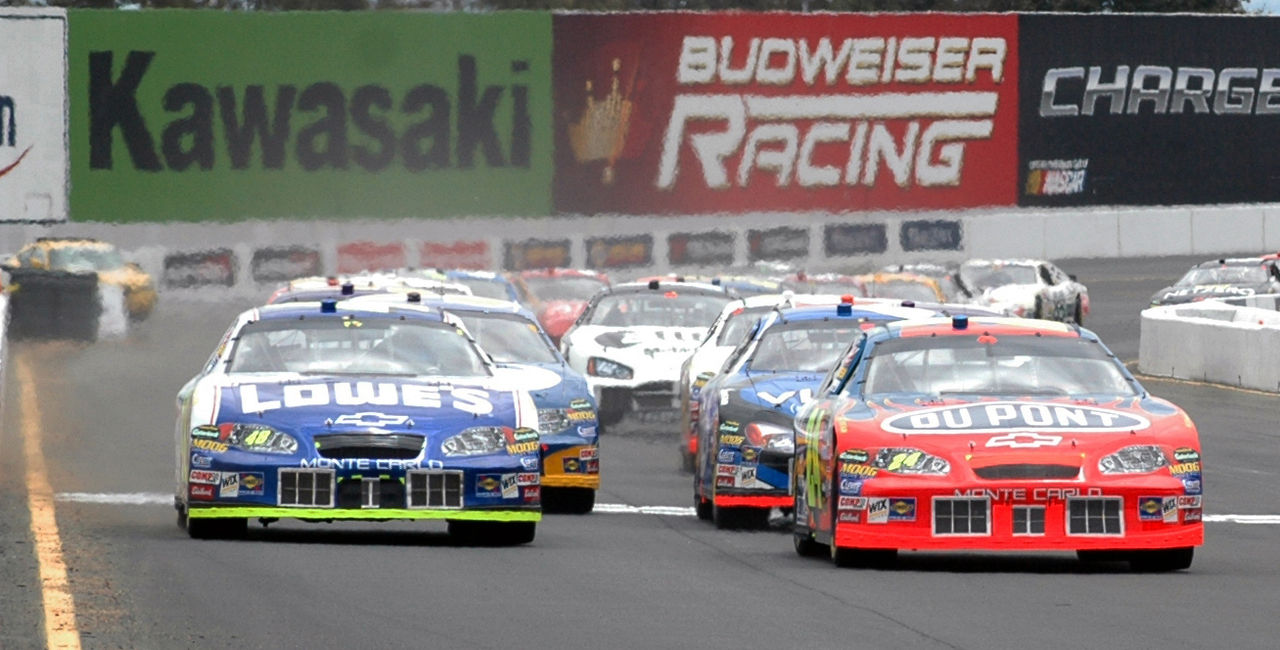 GORDON AND KESELOWSKI THROW DOWN IN FISTICUFFS

By Liz Gunn || In case you missed it yesterday, there was a brawl of pretty epic proportions at Texas Motor Speedway. Brad Keselowski and Jeff Gordon mixed it up on the racetrack and then again after the race was over. Both drivers left the track with blood on their face.

Tensions are obviously running high as the season is nearly over.  Gordon and Keselowski are both still in the running for the Sprint Cup Championship, with Gordon sitting just three positions ahead. Keselowski, who obviously has a knack for getting under people’s skin, was also confronted by Matt Kenseth, just two weeks prior after the Bank of America 500.

In a post race interview, Gordon bemoaned Keselowski’s decisions on the track and went so far as to call him a “dipshit”. Keselowski defended his actions saying he was just “racing hard” and that these things are bound to happen. He later went on to say he had nothing to apologize for.

I wouldn’t go so far as to say I’m a true NASCAR fan, but I have a lot of respect for the sport. My grandfather was actually a pit crew chief back in the 1950’s. I’ve been to races at Darlington and Charlotte, and I remember where I was the day Dale Earnhardt died. To me, NASCAR’s appeal is the speed, the danger and the fact that it is so innately Southern.

Every southerner has an inner redneck, and there is no better way to channel yours than by attending a NASCAR race. Plus, the people watching alone is well worth the price of admission.

If you missed the fight, you can watch the video here. With this sort of incident becoming more and more prevalent, is NASCAR turning into WWE? I would love for some real NASCAR fans to weigh in on the subject.
***