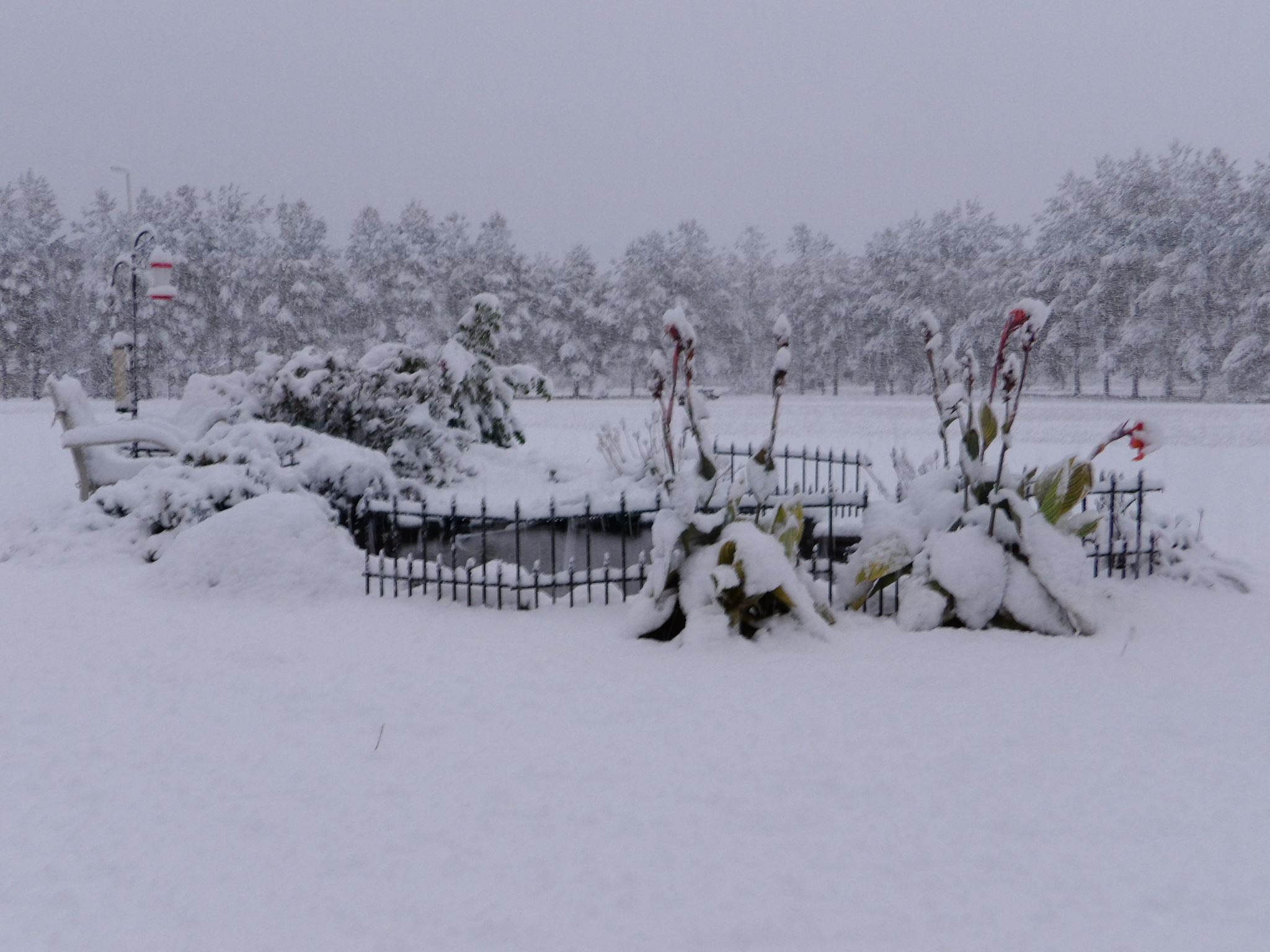 By FITSNEWS || Just hours after the last Halloweeen trick-or-treaters succumbed to sugar exhaustion, the Midlands region of South Carolina got hit with its earliest recorded snowfall … prompting yet another debate over the veracity of global warming.

Or “climate change,” as the movement now prefers to be called …

Since the first recorded measurements were taken way back in 1880, there has never been snow in central South Carolina at such an early date.  The previous record for measurable accumulation in the Columbia, S.C. area was November 19, 1901.

Lexington County, S.C. got most of the white stuff – with some regions reporting accumulation of more than three inches.  Interstate 20 was briefly closed due to the storm, and thousands of residents remain without power.  Snow also fell in Greenville (the heart of South Carolina’s Upstate region) as well as several rural counties along the Interstate 26 corridor.

Prior to this system, the earliest recorded snowfall in Greenville occurred on November 11 (in 1968 and again in 1987).

And yeah, for those of you keeping score at home earlier this week South Carolina had three straight days of temperatures in the upper eighties.

Naturally global warming supporters blamed the early snowfall on … what else … “climate change.”  Because, as we’ve noted there is literally no weather phenomenon that doesn’t conform to their theory.

As we recently noted, it’s impossible to argue with supporters of global warming.

Does the data support this theory, though?

Not really. Global warming has been “paused” for the last eighteen years and one month, according to the latest data from the National Aeronautics and Space Administration (NASA).

“The ‘Great Pause’ is the longest continuous period without any warming in the global instrumental temperature record since the satellites first watched in 1979,” noted Christopher Monckton, a British independent party leader and leading opponent of climate change. “It has endured for a little over half the satellite temperature record. Yet the Pause coincides with a continuing, rapid increase in atmospheric CO2 concentration.”

Then there’s the record amount of Antarctic sea ice extent – which actually trapped a carbon-powered vessel dispatched to the South Pole to cover (wait for it) … global warming.

And yes, the eco-radical leader of that expedition – who had to be rescued by a carbon-powered helicopter – blamed his boat getting stuck in the ice on global warming.

Look … we’re not your typical “climate deniers” (or whatever term the left wishes to employ to demonize those who question global warming). We believe in the three “R’s” – reduce, reuse and recycle – and we also believe sustainability is a critical component of good stewardship.

But that’s not what the “global warming” debate is about … it’s about extending the power of government over the marketplace, and the global redistribution of wealth.

@fitsnews Hasn't the climate been changing since the earth came to be? #NothingNew