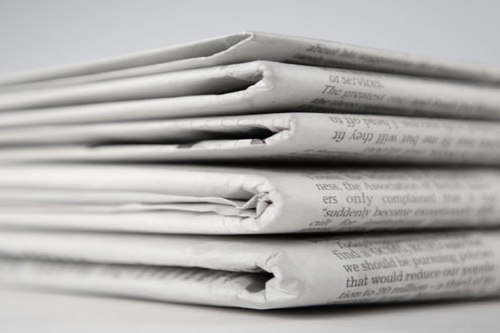 (Aiken, SC) – Deb Nix, Chair of the We The People Aiken – Citizens Acting for Responsible Education Committee (WTPA CARE) has, today, turned down the Aiken Standard’s request to be interviewed by them in their proclaimed efforts to “report on both sides” of the 1 percent Sales Tax and $125 million Aiken County School ballot proposals.

The last several months of the Standard’s front page cheerleading, masked as reporting (vague and obscure as it was), of this reckless proposal has demonstrated to many Aiken citizens that on this issue the Standard is functioning more as a propaganda house organ for our opponent’s committee (who are promoting it) and the Aiken County School Board rather than being faithful to their charter – objective reporting on both sides. Meanwhile, we are convinced this proposal will set a very poor financial example for our children, will hurt small business and will especially hurt our low income neighbors of Aiken County.

We have little confidence that the paper has anyone on staff who even fully understands the proposal in front of the voters.

But the real proof of the compromise of their journalistic integrity was revealed when their advertising department solicited business to fund the proponent committee’s (our opposition) through ads in their paper, with the promise that the Standard will donate 10 percent of this ad revenue to the proponent committee.

WTPA CARE will not submit ourselves to an interview with a company that is funding our opponent committee, in hopes of receiving fair coverage.  We charge the Aiken Standard of violating one of their most prized possessions: journalistic credibility and wonder where this will leave them in the eyes of their peers and most importantly their community.

(Editor’s Note: The above communication is a news release from a citizen advocacy group and does not necessarily reflect the editorial position of FITSNews.com. To submit your letter, news release, email blast, media advisory or issues statement for publication, click here).