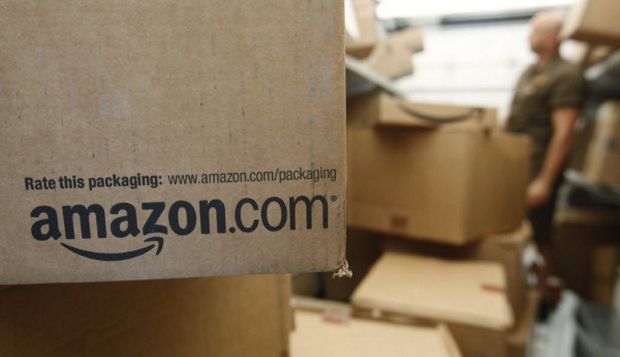 PICKING WINNERS AND LOSERS IN THE MARKETPLACE … AGAIN

By Mande Wilkes  ||  Naturally, a major plank in the libertarian platform is the fee-for-use model of taxation.  Road tolls, private-school vouchers … these are examples (or would be, if school choice ever finally comes to fruition) of citizens subsidizing only those services from which they individually benefit.

It makes empirical sense, doesn’t it?  I’ve always endorsed the model, and wish it’d take hold.  It’s why the U.S. Postal Service, surviving as it did on postage fees rather than tax dollars, was the lone self-sustaining entity in the bureaucratic behemoth that is the federal government.

It turns out, though, that there’s an unforeseen consequence (symptom? side effect?) of this model …

Not long ago the USPS announced a contract with Amazon to deliver packages on Sundays.  Currently available in about two dozen major cities, the program is set to expand incrementally over the next few years.

As a genuine Amazon addict, of course, this delights me.  But viewed objectively, it’s really odd for a government office to contract with a private company.  I do understand that this is an absolutely common practice in the realm of war and defense, but it’s nonetheless uncouth and it’s downright at odds with the capitalist spirit.

On the one hand, I’m pleased – and relieved – to see the USPS being resourceful about alleviating its fiscal aches without relying on taxpayers.  Still, though … it rings so wrong, to me, that a corporation would have sway over the federal government … to the exclusion and detriment of other, less gigantic companies.

The whole thing feels eerily close to the government picking winners and losers in the marketplace.  To be sure, it’s not unlike tax incentives that lure business in to a certain area.  In this instance, the USPS is using its statutorily-granted monopoly to favor a particular company (remember that FedEx and the like are barred from shipping certain packages – hence the monopoly). Sounds like “crony capitalism” to me …

While Amazon is certainly correct to take advantage of the deal, the fact is that it’s an avenue totally unavailable to other companies.  Even Netflix, as big and resourceful as it is, hasn’t managed to get a contract with the USPS for Sunday delivery of its DVDs.

Weirdly, I haven’t heard a peep about any of this, save for the press releases and the resultant ecstatic woo! from Amazon users everywhere.  For me that’s what’s most problematic.  This is a story that should capture the attention of politicians and pundits alike, since it highlights the insidious and almost invisible ways that the government keeps eroding the free market.

@fitsnews I'm confident that Amazon guaranteed USPS X number of parcels. Any company with sufficient volume could get the same deal imo.