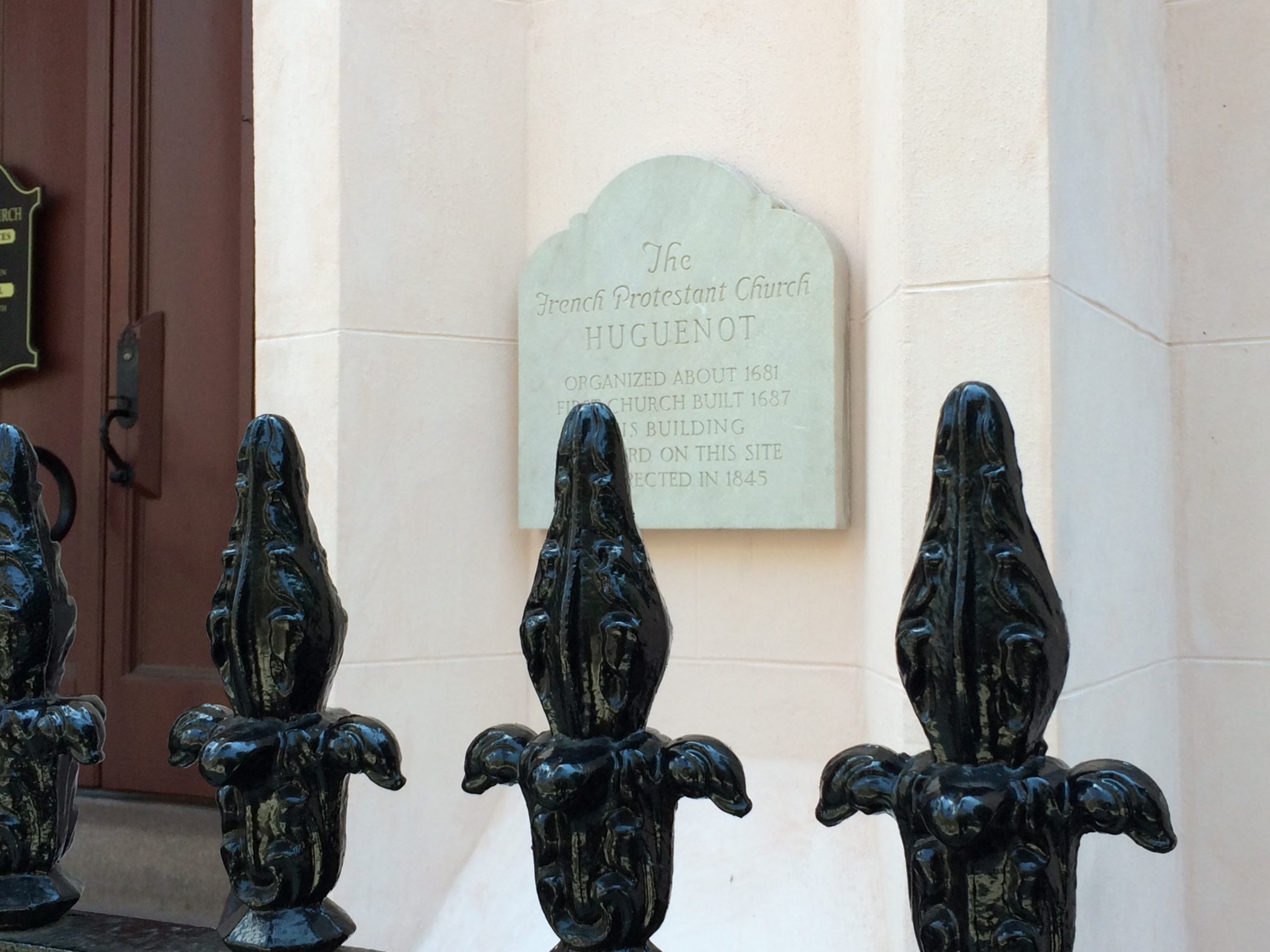 By Will Folks  ||  The cast of his hit Bravo television show Southern Charm was there … as were several of his political allies. But on this Father’s Day – his first as a dad – Thomas Ravenel wasn’t exuding the aura of a famous reality TV star or an aspiring officeholder.

“T-Rav” was just one incredibly proud dad … and with good reason.

A small group of family and friends gathered at The French Protestant (Huguenot) Church in the heart of downtown Charleston for the Christening of “Baby Kensie” – the infant daughter of Ravenel and his girlfriend/ Bravo co-star, Kathryn Calhoun Dennis.

A spitting image of her gorgeous mother, the beautiful twelve-week-old girl (Kensington Calhoun Ravenel, officially) received the sacrament of baptism at a private ceremony inside this historic place of worship in the “Holy City.”

According to Ravenel’s father – Arthur Ravenel, Jr. – the Huguenot church standing on the site today was built in 1844 at a cost of $10,000. It survived the Civil War and the great Charleston earthquake of 1888 – and now critics of Ravenel’s reality show can say it survived “Charmageddon,” too.

Of course the Huguenots – and the Ravenels – go back much further than the nineteenth century (and have endured far worse than anything contemporary critics could throw at them). Baby Kensie’s ancestors were actually among the first wave of French Protestants to arrive in Charleston in 1680 – fleeing the rapidly escalating persecution of Louis XIV.

Thomas Ravenel has always had a special kinship with this religious lineage … and he invoked it in some brief remarks made prior to his daughter’s Christening. Specifically, he drew attendees’ attention to the custom white ceremonial gown and pearl-and-gold bracelet she wore. Both prominently featured the Huguenot cross, which was originally patterned after the Order of the Holy Spirit insignia worn by King Henry IV.

For those of you not up to speed on your French royalty/ Reformed theological history, Henry was the first King of the House of Bourbon – and the man who granted Huguenots their religious freedom by signing the Edict of Nantes on April 13, 1598. 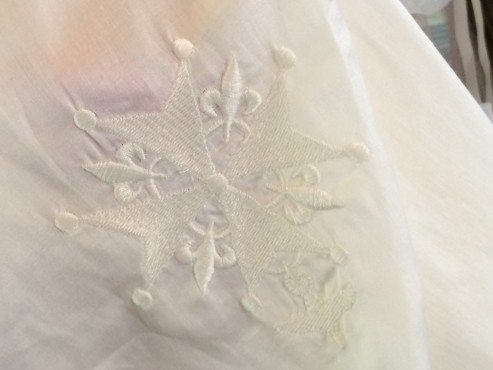 The four arms represent the four Gospels, while the two points at the end of each arm represent the eight Beatitudes – or opening blessings issued by Jesus Christ in his famous Sermon on the Mount.

“Each arm becomes progressively broader as it leaves the center, symbolizing the believer’s transformation,” the church says.

And yes, Bravo viewers … you will be quizzed on all this at a later date (kidding, kidding).

In addition to Ravenel and Dennis, Southern Charm  cast members Cameran Eubanks, Shep Rose and Patricia Altschul attended the ceremony – which was followed by a reception at the South Battery home of Ravenel’s sister, Renee Brockinton.

Here are a few pics from the event …

Inside the French Protestant (Huguenot) Church just prior to the Christening of Kensington Calhoun Ravenel.

The Huguenot Cross as seen on the custom Christening gown of Kensington Calhoun Ravenel, daughter of Thomas Ravenel and Kathryn Calhoun Dennis.

The bracelet worn by Kensington Calhoun Ravenel – daughter of Thomas Ravenel and Kathryn Calhoun Dennis – during her Christening ceremony.