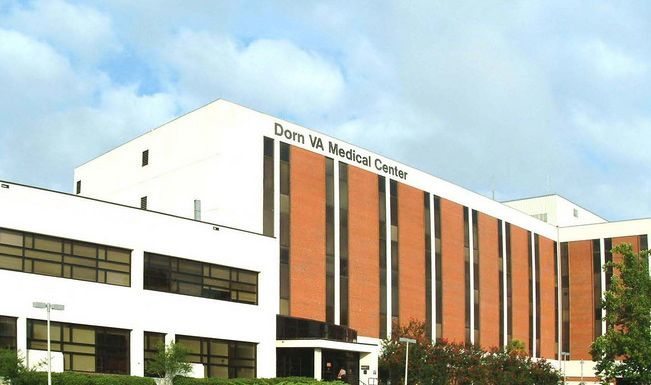 Last October, FITS reported exclusively on computer thefts at Williams Jennings Bryan Dorn Veterans Hospital in Columbia, S.C. According to our sources, these thieves made off with sensitive medical records and other personal information belonging to veterans.

More recently, Dorn has come under scrutiny for its role in a mushrooming scandal at the U.S. Department of Veterans Affairs (VA) – which runs the nation’s network of veterans’ hospitals.

This week our friend Rick Manning of Americans for Limited Government penned this piece on the broader scandal, railing against career bureaucrats who “played God with the lives of those who served … in the military.”

How’d they do that? By creating a “secret list of patients determined to be too ill to help.”

In late April, CNN reported that 40 veterans died while waiting for appointments at the Phoenix Veterans Affairs Health Care system – whose leaders allegedly engaged in “an elaborate scheme … to hide that 1,400 to 1,600 sick veterans were forced to wait months to see a doctor.”

A few weeks before that, the VA system acknowledged that 23 veterans died waiting for endoscopy screenings for possible gastrointestinal cancer – months after another CNN exclusive exposed the problem.

The facility with the worst record in that scandal? Dorn – where six patients died waiting for these screenings.

“What happened at the Dorn hospital, however, was not just an oversight,” the CNN report noted. “The hospital knew that its growing waiting list and delays in care were having deadly consequences.”

Not only that, in September 2011 Dorn requested – and received – $1 million in additional taxpayer funding to specifically address its backlog. According to CNN, though, ” only a third of that $1 million from Congress was used for its intended purpose.”

This website has made it clear we do not support the excessive size and chronic unnecessary deployment of the American military. And in light of the domestic spying scandal and other moves toward fascism on the part of the federal government, we’ve also made it clear we no longer believe enlisting in the U.S. Armed Forces is an act of courage or patriotism.

Just the opposite, in fact …

Having said all of that, though, we simply cannot condone the rationing of health care to veterans … or the squandering of tax dollars specifically earmarked to address legitimate health care backlogs … or apparent efforts to cover up the scandals by the administration of Barack Obama.

We get that no one wants to validate Sarah Palin and her “death panel” comment … but isn’t that exactly what’s happening in these hospitals?

Government should not be in the hospital business. Nor should it be in the war-making business. Instead, it should be in the business of defending the homeland in a manner consistent with legitimate national security interests – a process which includes (or ought to include) subsidizing the health care needs of those who provide for that defense.

Before pursuing a career in the U.S. military, every young person should stop and ask themselves the following two questions …

Will my service help advance freedom?

Will the promises my government is making to me in exchange for that service be kept?

Sadly, the answer to both of those questions is “No.”