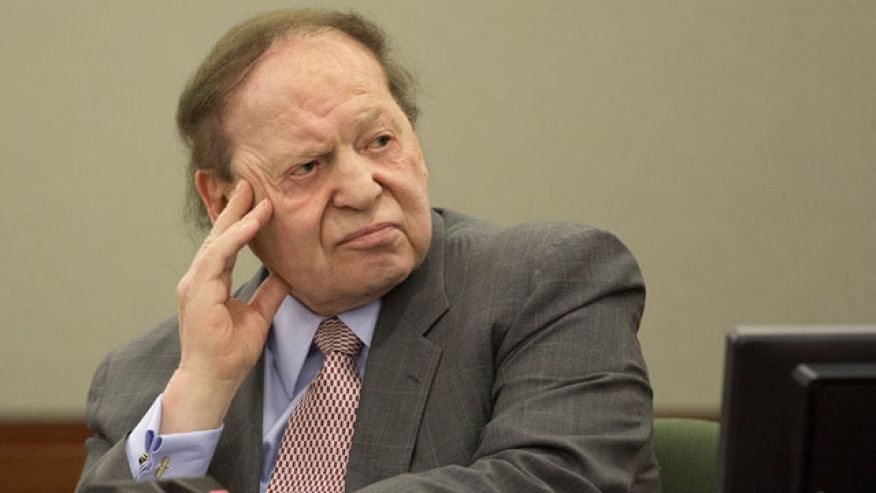 Who is Sheldon Adelson?

He’s the Las Vegas casino magnate pouring money into the coffers of “Republican” politicians (and the groups supporting their reelection) in an effort to purchase their opposition to online poker.

Why does Adelson want to ban online poker? Easy: It’s costing him money.

We’ve got no beef with Adelson, obviously. He’s simply making an investment in the future of his increasingly outdated business model.

No, our beef is with the politicians taking his cash – politicians like U.S. Sen. Lindsey Graham (RINO-S.C.).

Last month we wrote about Graham’s support for a federal online poker ban – which we’re sure has absolutely nothing to do with the money Adelson is pouring into South Carolina on his behalf.

Not long after we ran the item on Graham’s sellout, S.C. Gov. Nikki Haley followed the dollar signs and announced her support for Graham’s online poker ban.

Naturally she never mentioned Sheldon Adelson’s money, although she laid the “family values” on pretty thick.

“Allowing Internet gaming to invade the homes of every American family, and to be piped into our dens, living rooms, workplaces, and even our kids’ bedrooms and dorm rooms, is a major decision. We must carefully examine the short and long-term social and economic consequences before Internet gambling spreads,” Haley said.

Really, governor? What about the state-sponsored gaming monopoly you sanction? Or the blind eye you turned to a video poker ring in your home county?

One of the “bag men” for special interest money in South Carolina is none other than former S.C. Republican Party chairman Katon Dawson – whose top-heavy consulting operation we wrote about HERE.

Dawson is reportedly the man in charge of a big chunk of Adelson-related largesse – which he has been entrusted to employ on behalf of Graham and Haley’s reelection bids.

What is Dawson doing for his cut?

“If I was Tom and I was looking for some excitement, I wouldn’t run as an independent for governor in a Republican state,” Dawson told pro-establishment reporter Peter Hamby of CNN. “He’d be better off if he bought a new sports car and got a girlfriend and got it out of his system.”

Wait … where did the “family values” go?

More to the point, would it have killed Dawson to have added the words “in Vegas” to his sophomoric barb? Or would that have been too overt an advertisement for Adelson’s business interests?

America’s “Rising, Thriving Middle Class” Is Not Rising Or Thriving