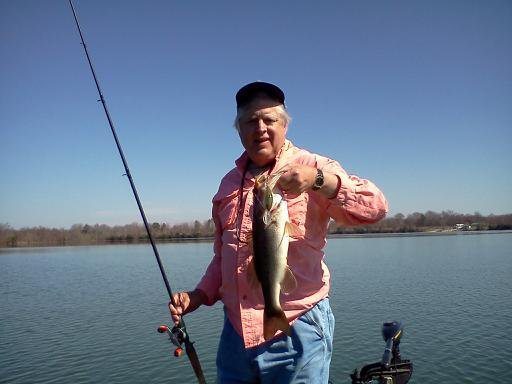 For those of you who don’t know him, Bob McAlister is a South Carolina political consultant with a pretty simple schtick.

McAlister has peddled that basic formula for years … laughing all the way to the bank.

One reason he’s gotten away with it for so long? McAlister is a devout social conservative – shamelessly promoting his faith at every turn (including using the Christian “fish” as his corporate logo).

Curious, then, that McAlister worked so hard to elect liberal Columbia, S.C. attorney William Hubbard to another term as a trustee at the University of South Carolina.

Hubbard is a lawyer for Nelson Mullins – which as we noted in this story is where his loyalties lie (they sure as hell aren’t with the University).

But the fact that McAlister backed another self-interested status quo sellout is hardly news … he does that every week. What’s interesting about the Hubbard case is the extent to which it exposes McAlister to allegations of hypocrisy on the social issues he so breathlessly touts.

For those of you who missed our big story on all this, in addition to a soon-to-be reelected trustee Hubbard is the incoming president of the American Bar Association – a group that supports taxpayer-funded abortion (and a host of other socially liberal policies).

Yet during Hubbard’s candidacy, the “religious right” in South Carolina made nary a peep about his advocacy on behalf of such a far left organization …

Seriously, at a time when ‘Onward, Christian Soldiers’ should have been blaring from every belfry … the Palmetto State’s social conservative community decided instead to sing “Kumbaya’ with this Godless leftist.

All thanks to McAlister …

Again, we’ve got nothing against people making a living. In fact if we know McAlister like we think we do, he’ll secretly love this story.

“Thanks for the free advertising,” we can hear him guffaw as he visualizes the mad stacks of cash that will undoubtedly accrue to his bank account.

And why not? Every socially liberal candidate who comes before the S.C. General Assembly surely must acknowledge the value of purchasing a “true believer” for their campaign – especially one who can single-handedly silence an entire movement.

We know what that says about McAlister … but more importantly, what does it say about the so-called “social conservative” movement in South Carolina?