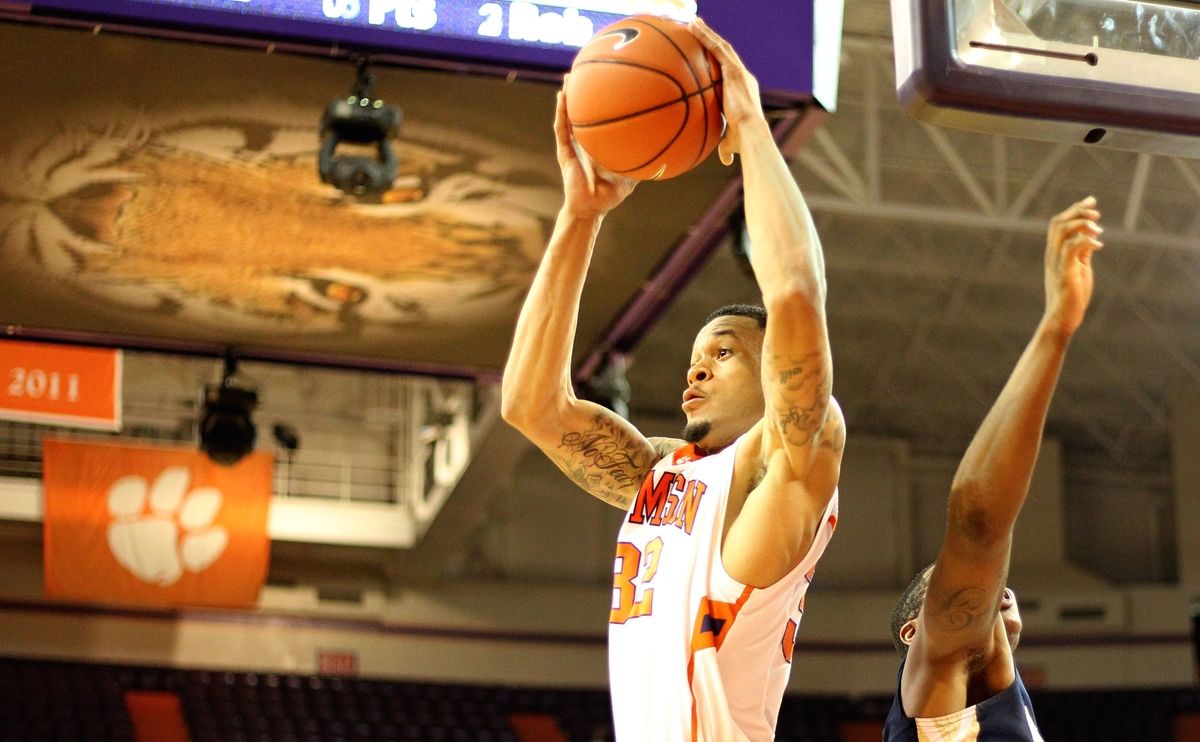 In fact pick your yin-yang “duality of man” metaphor, and you’ve got a descriptor of Clemson University’s 2013-14 basketball season. The good news? Tigers’ head coach Brad Brownell has turned down some of the heat on his seat after posting a disappointing 13-18 record last season.

Clemson went 19-11 this season, including a 10-8 mark in the Atlantic Coast Conference.

But Tiger fans are still crestfallen over what might have been …

“What if” Clemson had won an early-season road game against SEC also-ran Auburn? “What if” they had showed up to play against a struggling North Carolina squad six weeks ago? “What if” junior guard Rod Hall had connected on both of his free throws with 4.6 seconds left against Notre Dame on the road last month – delivering a regulation victory for the Tigers as opposed to what would become a double overtime loss. And “what if” the Tigers hadn’t blown a five-point lead with only five seconds left on the clock at home against Pittsburgh – leading to another overtime collapse.

Those are painful contemplations for bleeders of orange and white … as Clemson now must run the table in the ACC tournament in Greensboro, N.C. this week to have any real shot at an invitation to the “Big Dance.”

And with national powerhouses Syracuse, Duke and Virginia standing in the way … that’s a highly unlikely prospect.

In other words, expect Clemson to find itself without a dance ticket for the third straight year after reaching the NCAA second round in 2011 during Brownell’s first year in Tigertown.

Of course as frustrating as that may be, Clemson fans have nothing on their long-suffering arch-rivals.

South Carolina’s 2013-14 regular season came to a cacophonous close last week … with second-year head coach Frank Martin being suspended for an outburst toward a player during the Gamecocks’ second-half meltdown against top-ranked Florida.

Real questions are being asked not only about Martin’s ability to rebuild the Gamecock program … but about his sanity.

One South Carolina team that has punched its ticket to the dance? Coastal Carolina … which got 22 points (and seven assists) from junior guard Warren Gillis en route to a 76-61 victory over Winthrop in the Big South Championship game on Sunday.