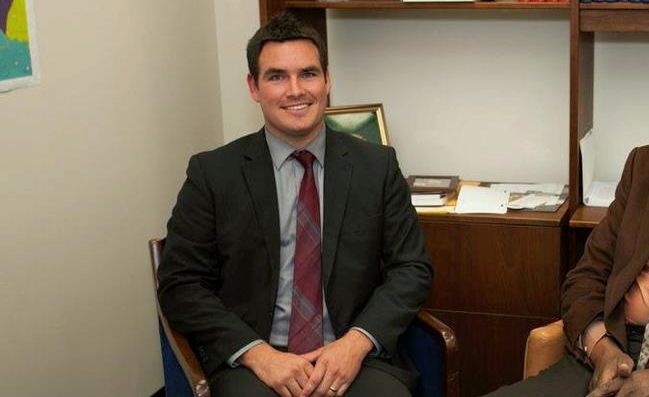 THE MAN WITH “THE PLAN” NOT TO NULLIFY OBAMACARE IN S.C.

We love a good debate here at FITS …

In fact one of the primary purposes of this website is to provide a forum for such debates … even if we do approach issues from an admittedly “unfair, imbalanced” perspective.

What we cannot stand are nuisance issues … or issues which are conjured up by activists and special interests to inflame the emotions of the gullible (of which is no shortage in the Palmetto State). Nuisance issues represent everything that’s wrong with political discourse – because they prey on people who don’t know any better.

Which again … is why the tents of the nullification circus have pitched in South Carolina.

Anyway, we have come to recognize the ongoing “debate” over nullification as a nuisance issue – and have exposed it as such on several prior occasions (HERE, HERE and HERE).

Wait … does that mean we are for Obamacare?

Hell no … FITS has been fighting this law for the past five years, opposing it at literally every stage of its tortured evolution. But we don’t need to recant the litany of our anti-Obamacare credentials in this post … there are literally hundreds of articles on this website attesting to it.

That’s kind of an important point, don’t you think?

Seriously, if you’re going to lure a cadre of hunched-over geriatrics (a.k.a. “activists”) out from the assisted living community to the S.C. State House – at least have legitimate reason.

After all, oxygen tanks are heavy …

As we noted in one of our exclusive reports on this issue, a key player in the Obamacare nullification “movement” is Jesse Graston – who represents the John Birch Society (and possibly the interests of other entities).

Graston has been a primary driver of this legislation – drafting language, organizing “rallies,” working lawmakers, etc. – but as we’ve noted previously his motivation for all of that work has nothing do with ideology.

Shortly after we began posting about Graston, sources in Florida began lighting us up with information about his past in the Sunshine State – specifically a 2006 bust on charges of soliciting for prostitution and the always enjoyable “exposing sexual organs in a vulgar/ indecent manner” charge.

“Wanking,” in other words …

(More on that HERE and HERE).

Look, this website isn’t going to begrudge anybody for (allegedly) soliciting sex. We’ve made our views on prostitution perfectly clear: We think it should be legal.

But Graston is a guy who endorsed former Arkansas Gov. Mike Huckabee for president in 2008 because of “his moral fiber.”

At the end of the day we care less about inconsistencies in Graston’s past private life than we do about deliberate misrepresentations in his present public persona – but there’s a fundamental hypocrisy about political animals like him that troubles us.

Graston doesn’t care about nullifying Obamacare. If he did, he would have written/ lobbied for a bill doing that.

He cares about one thing: The interests of whichever entity is paying him to fool impressionable South Carolinians into thinking their state is about to nullify Obamacare.

If Graston had written a straight up Obamacare nullification bill – like the original legislation filed by S.C. Rep. Bill Chumley – we’d be happy to have a debate on its merits. Hell, Graston might even find us outflanking him to the right.

As it stands, though, he’s just wasting everyone’s time …

SC Governor’s Race: What. We. Said.