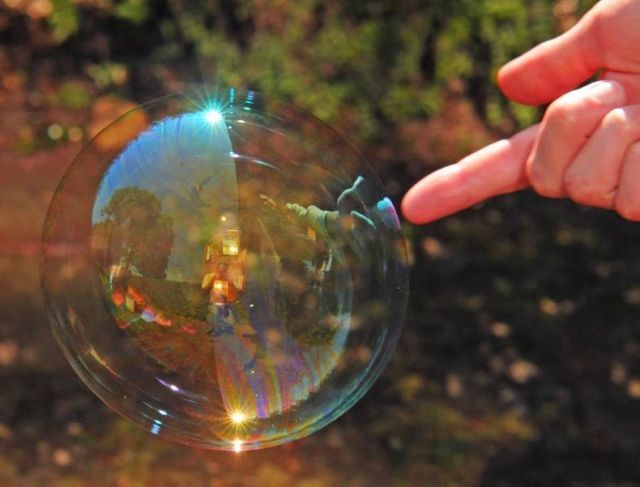 SOMETHING’S GOT TO GIVE …

“The bubble is going to burst …”

The precise methods may differ, but the end result is the same: Money from the American middle class and working poor (both current and future generations) is being stolen – pumped into bailouts, handouts and unnecessary bureaucracy. And that bureaucracy’s goal is becoming increasingly clear …

“Modifying the DNA of the capitalist system,” as one disgraced ex-Environmental Protection Agency (EPA) bureaucrat put it.

All of this is why we have a widening wealth gap, a shrinking workforce, anemic job growth and a dearth of innovation in this country.

But the center cannot hold forever. Eventually the people being robbed either wise up (and rise up) … or they go broke.

Either way, the pillaging cannot go on indefinitely …

So … should we mark last week on our calendars as the day the latest “great deflating” began? Are we entering the beginning of a new recession – the dreaded “double dip” from the Great Recession that began ravaging America in December 2007?

On Friday, the Dow Jones Industrial Average plunged 318 points – wrapping up the market’s worst week since November 2011. The NASDAQ and S&P 500 also took big hits on Friday, prompting investors to speculate as to whether this was the beginning of a long-awaited market “correction.”

One thing is certain, though: A storm is coming. A lot of paper assets are about to be incinerated. A lot of new wealth is about to evaporate. It may not happen this week, this month or even this year. But it is going to happen, and when it does get ready for the familiar “we’ve got to do something” refrain coming from our elected officials in Washington … the same clowns who bailed out the bad decision makers the last go-round.

Or are we closing in on the point where decades of consequence aversion finally catches up to us as a society?

Ron Paul: Every Week Should Be School Choice Week