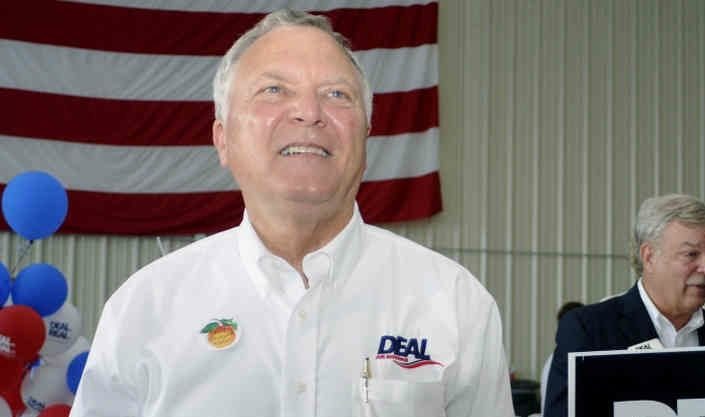 IT’S HARD TO REMEMBER WHO REPRESENTS WHICH STATE SOMETIMES …

“In the budget I am submitting to you, I have included $35 million for the deepening of the Port of Savannah,” Deal told Georgia lawmakers this week. “If approved, we will have $266 million, which will represent Georgia’s share of this important project. I intend for us to start dredging the project this year!”

Ah, yes … the Port of Savannah expansion, which was aided and abetted by S.C. Gov. Nikki Haley – who sold her own state’s interests down the river for campaign contributions and a prime time speaking slot at the 2012 Republican National Convention.

In November 2011 Haley – who came into office saying she was sick of being beaten by Georgia – convinced her appointees on the S.C. Department of Health and Environmental Control (SCDHEC) board of directors to overturn the agency’s prior rejection of a water quality permit.

This was done at Deal’s request … and stands to benefit some pretty powerful interests.

The governor’s betrayal was unanimously rebuked by the S.C. General Assembly – and the S.C. Supreme Court – but the damage was done.

Not only is Georgia’s government-subsidized project moving forward, but it has killed any chance of a private sector port being constructed on the South Carolina side of the Savannah River.

That’s tens of thousands of jobs down the drain, people …