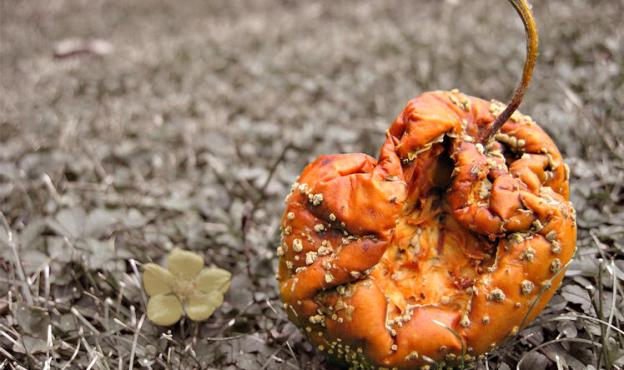 Not to mention one of its most corrupt …

In our report we noted how district leaders recently conducted a closed-door “performance evaluation” of corrupt superintendent Vashti Washington – prior to negotiating in secret to give her a one-year contract extension and a $15,000 bonus on top of her $165,000 a year salary.  Nothing was put in writing – and the closed door “evaluation” was part of a deliberate effort to evade the state’s Freedom of Information Act (FOIA).

“And these educrats have the audacity to attack the accountability of free market schools?” we wrote.

This week, the local mainstream media – which has been asleep at the wheel on this story – finally piped up and offered a modest rebuke of the district’s secretive tactics.

According to an editorial published in The (Hilton Head, S.C.) Island Packet, the district’s secrecy “adds to the frustration for those seeking more tangible signs of improvement in the schools, and more accountability.”

“School leaders seem to be hunkering down in a ‘we vs. they’ mode, when they should be welcoming with open arms all signs of interest in the schools,” the editorial continues. “It appears that the board has bought into the superintendent’s bogus argument that the district’s back-to-back ‘F’ grades on federal accountability standards have ‘no meaning’ and are based on ‘bad data.'”

It’s about time this state’s mainstream media stopped covering for corrupt government-run school leaders like Washington – and the elected officials who enable them.

I’m all in favor of open government. However, if we take the track of privatizing schools like this site suggests, then won’t all school information be secret anyways?

Not from the parents who send their kids there.

After finishing off my wings last Friday at BOB’s, I overheard voices coming from the bar. I looked over the partition and saw three very hefty woman talking at the bar. Their accent appeared to be Scottish. Intrigued, I left my table, walked over to the bar and asked, “Evening, are you three lassies from Scotland?”

One of them angrily screeched, “It’s Wales, Wales you bloody idiot!”

So I apologized profusely and replied, “I am so very sorry. Please let me try again. Evening, are you three whales from Scotland?”

And that’s the last thing I remember…

A very hefty woman at the bar was wearing a (way too small) t-shirt with “GUESS?” written on the front.
TBG pointed at the shirt and asked, “Thyroid problem?”….

I was standing in line to buy movie tickets with my then very new wife. Two couples ahead of us was a big ol’gal wearing a pair of Guess jeans I leaned back to my brother-in-law, motioned to the big ol’gal and said “250-300?” We started laughing and my wife hit me and his girlfriend hit him for laughing, then I got hit again for laughing at him…

When we roll with excellent humor like these it reminds me that I still haven’t remembered the joke about the baseball team that hired a two-headed gorilla.

However, there was a tale about a family in Iowa where each of the children was a boy – enough boys to form a baseball team, and each child was born about one year apart.

No other team in this rural area could beat them, so it became sort of boring. But Dad, the star player, had the idea of getting folks from the trains that stopped in their town to get a team together to play a few innings during the layover.

Dad had a selfish motive for this idea because there was only one guy in town who could, or would, be the home plate umpire. This umpire was hated by Dad, and to torment him Dad became the best foul ball hitter in the state – on purpose.

Dad’s favorite thing was to hit foul balls that would whiz past the umpires head – lots of fun! But during one game Dad decided to foul the balls to actually hit the umpire in the head.
Well, the umpire knew what was going on and toughed it out one time by getting lumped on the head 28 times in a row (much to the glee of old Dad) before finally passing out.

Wish I could remember how the rest of this tale went……

Just for you, Shifty.

ITBGHO, it is worth reading all the way through. ‘Specially if you are (like TBG) an aficionado of bad puns.

TBG, WELL DONE!
Extremely interesting, and the writer’s analysis was accurate, since I read every word, even though I kept anticipating what the punch line would be. And it kept me busy, although I didn’t calculate the time it took for me to read it. I’ll be passing this one on to deserving folks…….

Trying again — There was more to say about the pun but Fits kept kicking it out and wouldn’t let me edit it. If this gets posted then I will attempt to post my original analysis later for you since it was an interesting experiment.

The author of this joke was extremely clever by making it readable in a “skinny” format. I’m a speed reader by getting the gist of a paragraph by reading only the first few words on the left side. If I’m interested then I’ll read the paragraph properly. This writer made that impossible for me by his format, thus forcing me to read every word. And his conclusions (for me) are accurate. Very interesting, indeed……

At a cocktail party a woman spoke to me for a few minutes, and I couldn’t stop gazing at her face. As I watched her walk away, a man asked me why I had stared at her so intently. I told him that she has so many chins she looks like she’s peeking over a stack of pancakes.

The man said she was his wife. After apologizing to him for my comment he said no offense taken, that she is a little on the heavy side.

Years ago I was at a club and a very heavy lady was dancing on a table. I walked by and said “Those are some amazing legs.” She smiled and said “do you really think so?” I replied, “yes, most tables would have collapsed by now.”

“and the elected officials who enable them.” Does that include the Senator from District 46, aka carpetbagger Davis?

We should have 46 school districts period. Why on earth do some have 6 and 7. Horry is one of the largest and they have 1 and it’s also the largest land wise. For as “conservative’ as Spartanburg is, why do you have 7 SD’s? That’s 7 offices, 7 superintendents, 7 staffs. Talk about a waste of resources and money !!

Good luck with that. It’ll take legislation to conquer that one. 7 fiefdoms are not easily dissolved. You can imagine how hard each of those Supers will protect their turf.

It’s not the 7 Supers that are the hold up. It’s the 7 school boards populated by 7 groups of politicians. Any school board can replace it Super, but do you think that any group of politicians would elimate their jobs?

However, I will cede that Horry County has more Turds per square mile than any other County in South Carolina

Just like in Richland County, it’s all about being Democrats. The Democrats running RCSD 1 know nothing will happen to them with present law enforcement and judiciary covering for them, the same thing is happening in Jasper County. SLED? Absolutely useless.

And just like Lexington-Richland 5. But the difference there is the bulk of the area is conservative and there are even some so-called “Republicans” on the board! Just money grabbing power hungry fools and they do it so easily by saying ‘it’s for the kids’.

I would hardly say that the mainstream media in the Lowcountry has been asleep at the wheel. Jasper County is at best a secondary area for coverage for the Island Packet, and there have been several stories that have exposed this shameful situation. The reporter has done a very good job given the fact that the superintendent and board chairman actively refuse to speak to the press.

The real problem is a lack of a strong Jasper County paper of record. Of course, that’s understandable when a good chunk of the Jasper County Sun’s advertising revenue comes from the classified advertisements that the school buys from them. Can’t bite the hand that feeds you too hard… right?