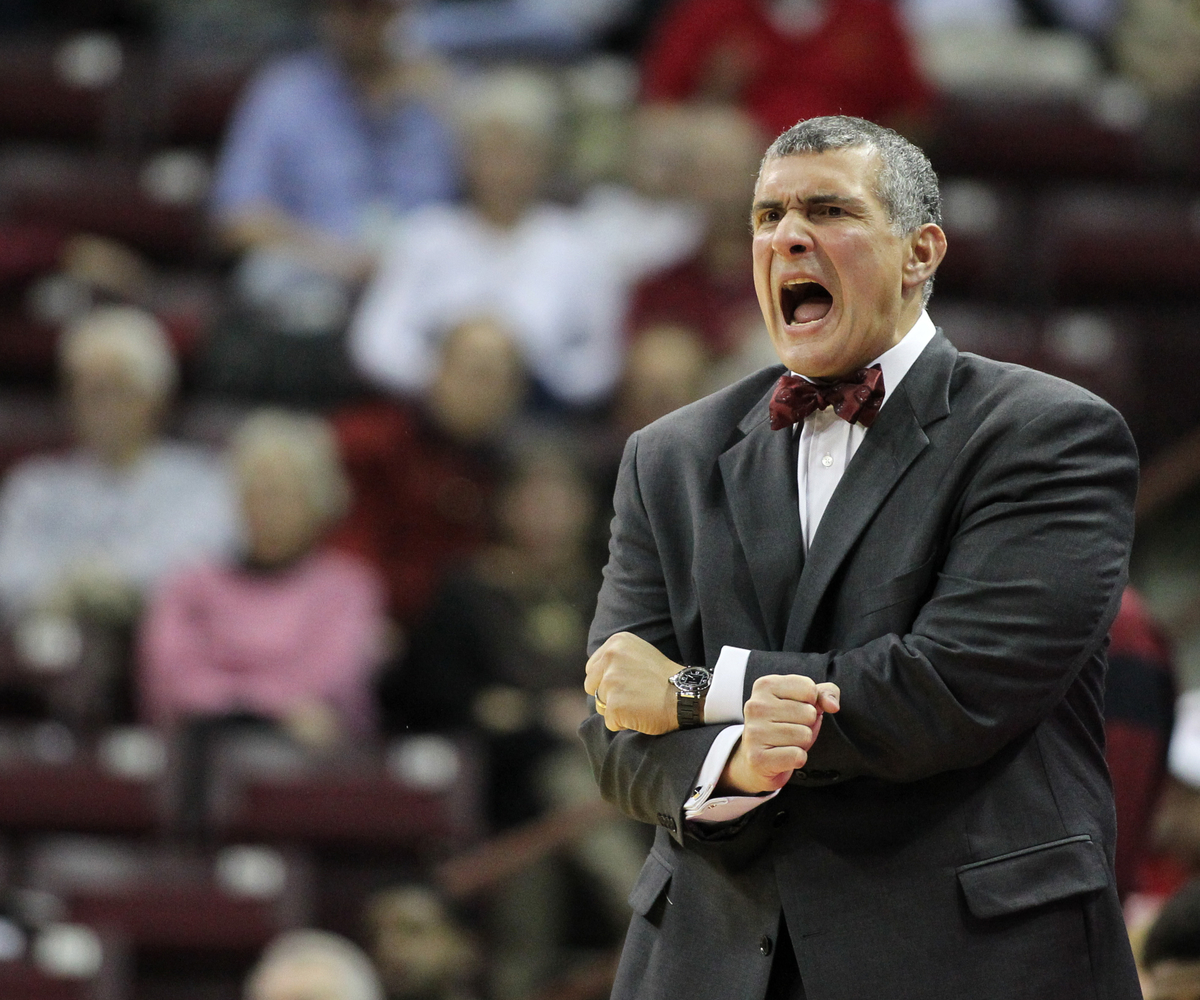 Martin inherited a program in free fall, and his 2012-13 campaign was supposed to be a goat show.  This season, however, the expectations are higher.  Martin scored the No. 25 recruiting class in the nation – led by five-star recruit Sindarius Thornwell of Lancaster, S.C. – and the dismal 4-15 finish to last season was supposed to be a thing of the past.

Martin certainly did his best to light a fire under the Gamecock faithful, calling them out in no uncertain terms at the end of the 2012-13 season.

“It’s a lot deeper than just losing games,” Martin told Fox Sports’ Reid Forgrave last March. “There’s been a complete disconnect between this community and basketball. Just a sense of apathy. And it invades everything — fans, just everything. The sense of apathy is just unbelievable, and that’s the biggest challenge.”

Here’s an idea, coach: Win some games and then let’s talk.

Four years ago this website complained bitterly about the ongoing mediocrity of the South Carolina football program under head coach Steve Spurrier (who at the time had produced a disappointing 35-28 overall record and 18-22 mark against conference opponents).  So we issued a simple challenge to Spurrier prior to the 2010 season:  Win f*cking games.

Spurrier’s teams have responded to that challenge (and then some) – posting a 41-11 mark over the past four seasons (including a 32-6 mark over the past three years).  Needless to say, we don’t complain about Steve Spurrier anymore.

Anyway … through the first seven games of the 2013-14 season Martin’s squad appears to be moving in reverse.

After a tough road loss to No. 23 Baylor last month, Martin’s Gamecocks (2-5, 0-0 SEC) were thumped by arch-rival Clemson, manhandled on the road by No. 9 Oklahoma State and (most recently) humiliated at home by USC-Upstate – one of the school’s satellite campuses.

Maybe this shaky start is the result of Martin bringing in so many new (young) players into a program at once.  Maybe his 2013-14 squad will “gel” and put together a nice run during conference play (after all the SEC is as weak as it has ever been in men’s hoops, with only three teams ranked in the Top 25).

Or … maybe his team just isn’t that good.

There’s no doubting Martin’s competitiveness. He put together five straight 20-win seasons at Kansas State prior to coming to South Carolina – including four NCAA tournament appearances (and an Elite Eight appearance in 2010).

By contrast the Gamecocks haven’t won a game in the Big Dance since 1973 – and haven’t even appeared in the tournament in nearly a decade.

Martin was hired to change that – and most believe he will.  But it’s time to start showing some progress.

@fitsnews Martin will be biggest embarrassment to USC since Holderman. Shouldn't have hired him, should fire him now. He's garbage.