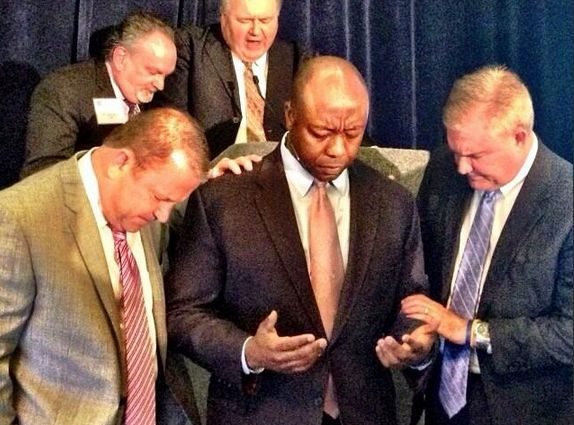 What a scene, right? Seriously … all that’s missing is Jimmy Lee Farnsworth and some guest healers.

Anyway, this picture was tweeted out earlier this week by the American Renewal Project, a group that lobbies elected officials on behalf of their conception of The Almighty. Oh … and Israel. They love them some Israel.

Obviously we’re not knocking Christians. Or the free expression of religion. Or prayer.

However the last time we checked there was a right way and a wrong way to go about praying … and the authority on that is none other than the guy in whose name all these blowhards are praying.