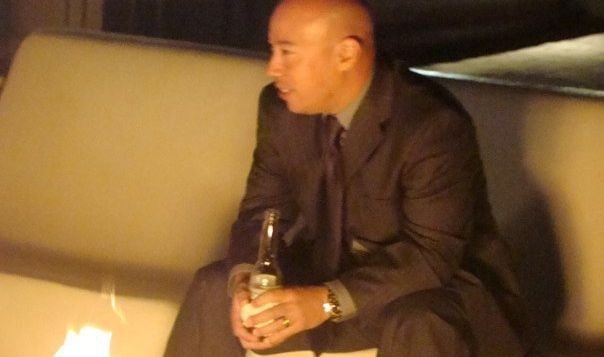 I don’t drink. Quit seven years ago. It’s not a big deal to me, it was just something I needed to do for myself. I still enjoy going out and being around people who are drinking … and I think teetotalers are absolutely ridiculous.

How do we know this? Because he told The (Columbia, S.C.) State newspaper so this week in response to a social media scandal in which he threatened to arrest a citizen for expressing pro-marijuana views.

That’s interesting … because one of the many posts expressing outrage over Santiago’s behavior included a picture of him enjoying a beer in public (along with a bit of commentary on his fitness to provide “moral and legal lecture”).

“Lies and more lies,” the reader who submitted this tip told me.

I don’t care from a standpoint of covering the news, but as a former drinker who actually did quit it would be pretty disappointing if Santiago were telling people one thing and doing another.

Also if Santiago does drink, I hope he takes care not to get a ride home from his mayor … oh wait, never mind. They’ve got that covered (at taxpayer expense).