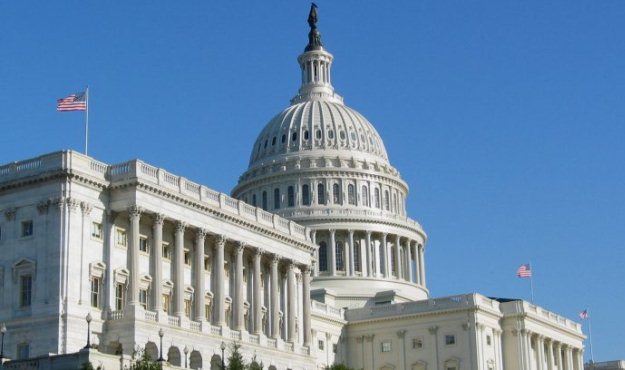 The United States capitol building was placed on lockdown after shots were fired outside the building in connection with a police pursuit that began at the White House.

Staffers at the Capitol complex – which includes House and Senate office buildings – were advised to “close, lock and stay away from external doors and windows” when shots were first heard shortly before 2:30 p.m. The U.S. House recessed as a result of the shooting, while the Senate moved to a quorum call – suspending its official business.

According to military sources the drama began at the White House – when a black sedan driven by a woman slammed into a security barricade at 15th and Pennsylvania Avenue NE. From thence, a pursuit began.

“The suspect then attempted to ram the gate at the Hart (Senate office) building and was shot,” a statement from the U.S. military. “There are also other injuries due to the vehicle chase and shoot out.”

Witnesses on Capitol Hill said police were pursuing a black sedan – one carrying the armed female suspect and a small child (who was unharmed during the volleys of gunfire).

The lockdown was lifted roughly an hour after it was first imposed.

“This appears to be an isolated incident,” Capitol Police Chief Kim Dine told reporters. “Both scenes are under control.”

The incident occurred on the third day of a partial government shutdown affecting roughly 25 percent of the federal government’s civilian population.

UPDATE: The woman behind the wheel has been identified as 34-year-old Miriam Carey – a dental hygienist from Stamford, Connecticut. Carey’s one-year-old daughter was in the car with her during the entire incident.