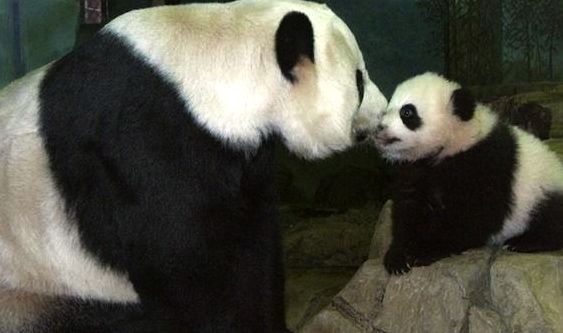 We knew the tearjerker stories would flow like oil during the federal government’s partial shutdown, but the liberal mainstream media wasted little time in rolling out the big guns.

Errrr … did we say big guns? We meant “cuddly pandas.”

Thanks to those evil anti-Obamacare Tea Partiers (who are ostensibly to blame for this partial shutdown), the National Zoo in Washington, D.C. was forced to turn off its live “Panda-cam.”  That means we have no way of keeping track of the exploits of ‘Tian Tian,” “Mei Xiang” and their baby Giant Panda cub.

First of all … in what universe is running a zoo a core function of government? Seriously: To all the people outraged because they can no longer watch these Giana Pandas nuzzle up against each other 24/7 we would humbly suggest paying for the damn Panda-cam themselves (or find some sucker corporate sponsor to cough up the coin).

But that’s just the thing: They are. The National Zoo gets between $5-8 million a year in charitable donations – in addition to the estimated $20 million it receives annually from taxpayers. Oh, and the last time we checked the Panda-cam was sponsored by the Ford Motor Company – which last time we checked did not shut down overnight.

Government has no business running a zoo – that is (or should be) the exclusive purview of the private sector.

In fact if there was any justice in this world we’d be witnessing a Jumanji-style stampede of the White House and the U.S. Capitol right now as every animal in the National Zoo descended on the monkeys currently running the federal government.

Barring that, lawmakers should immediately move to privatize this facility – and all other non-essential government agencies, programs and facilities.