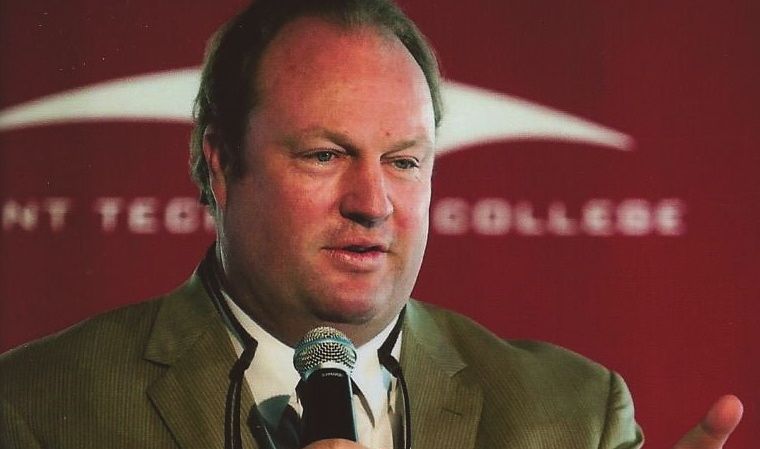 The (Charleston, S.C.) Post and Courier is confirming our exclusive report regarding a criminal investigation into one of the S.C. General Assembly’s most powerful (and corrupt) leaders.

Last week, FITS reported that S.C. Rep. Chip Limehouse (RINO-Charleston) was being investigated by the S.C. State Law Enforcement Division (SLED) regarding “aviation contract issues” tied to his seat on the board of the Charleston International Airport.

“Limehouse – who was trounced in his bid for the U.S. Congress earlier this year – is accused of pushing contracts between the airport and ‘companies he was purportedly tied to,'” we reported.

According to the Post and Courier report, Limehouse has been accused of accepting campaign donations from companies which later received business from the airport. In fact the airport’s former director – Sue Stevens – claims she saw Limehouse carrying around a $1,000 campaign check received from an airport vendor.

Limehouse – who is close friends with the Post and Courier‘s publisher – professed his innocence.

“At the end of the day the investigation is not going to find any wrongdoing with any airport officials, past or present,” Limehouse told the paper. “It’s much ado about nothing.”

“At the end of the day the investigation is not going to find any
wrongdoing with any airport officials, past or present,” Limehouse told
the paper. “It’s much ado about nothing.”

Or in other words, Fatboy Fat believes he has a way to weasel out of it.

Slimelouse will see this swept under the rug by Stop, Let’s Eat Donuts.

this time, I hope he gets caught

Maybe the airport vendor was an all you can eat buffet, paying him to stay away.

Ford, a State Senator, can be bought for a $19.95 DIY Jerk Off Kit from Pleasure World

Graham, an US Senator, can be bought for two gerbils and a promise that I will love you in the morning

We all hope SLED finds Limehouse guilty. This schemer, like a tree luxuriant in his native Charleston soil, has gotten away with so much behind the scenes in politics, with Charleston airport and with other positions he has greedily coveted. Chip’s an expert with the greased palm. Sue Stevens needs to expose this dirty rotten scoundrel. Did you read how he twists the story around saying that Sue Stevens is just a disgruntled employee? I think we all say: Go get that dog ! Thanks for keeping us informed , Fitsnews!! Keep the news on this running!

This clearly qualifies him to be president of the College of Charleston, where he can call them alumni donations.

Someone wrote earlier “Who will protect fat-boy Limehouse?” Someone else lampooned the idea that Bobby “Teflon” Harrell (who belongs in jail) would protect fat-boy. Many noted fat-boy’s constant grazing / eating and his Homer Simpson-like craving for donuts. The best comment was the scorn for SLED, called Stop! Let’s Eat Donuts! Indeed, trust SLED to do a limp-handed investigation and Pierre Manigault to fire anyone who pursues the story aggressively. Like he did with Renee Dudley.

The day is coming in the “Holy City” were the redemption of taxpayers will be as swift as a rock in a sling being held by DAVID…!!!

the “holy city” has got bobby harrell there stealing from the state, too, right? you must be crazy if you think justice is in store for either of these jerk-offs zzzzz snooze

“Sue Stevens – claims she saw Limehouse carrying around a $1,000 campaign check received from an airport vendor.”
Was it one of those GIANT Reader’s Digest checks?

Wait: I thought that was how it was SUPPOSED to work?

SLED is a puppet. Forget about them. The feds are watching from the shadows and spying even on SLED now. Anyone want to fall with Slimehouse?…. Didn’t think so.

Allen Wilson will never indict anyone that can affect his campaign donations or his political carrier.

Didn’t realize this story is on page one of the P&C. Got four calls about this jerk today. And everyone says he’s arrogant as hell — especially women. Maybe he won’t go to jail but his standing in his district just took a huge hit.

Agreed, but jail time is necessary